Earlier this year Thundercat (long-standing member of Flying Lotus’ Brainfeeder family) won his first Grammy award for his contribution to ‘These Walls’ from Kendrick Lamar’s opus “To Pimp A Butterfly”. He also guested on Comedy Central’s “Why? With Hannibal Buress”; cult late-night talk show “The Eric André Show” and premiered the animated video for “Song For The Dead”

‘Bus In These Streets’ – a comedic ode to our dependence on technology – is the first new music from the virtuoso bassist and singer-songwriter since 2015’s The Beyond… Where The Giants Roam – a mini-album that featured the alt. anthem ‘Them Changes’ (10 million + streams worldwide). The track features Thundercat (vocals, bass); Louis Cole (keyboards, drums, programming); and Steve Ellison aka Flying Lotus (programming, editing). The artwork is by Thundercat’s friend Bootymath. 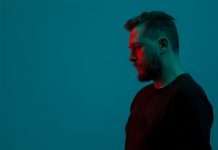 Emika to Return with New Agent, Music and Live Show