“Epoch” is the latest single from Scott Hansen’s continually expanding project and the keystone of the forthcoming album. The new album is at once a departure and an evolution for Tycho; honing the sonic aesthetic of Dive while drawing on the kinetic energy of Awake, it explores darker themes and new musical territory. 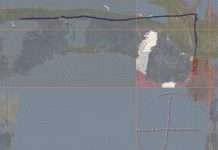