Music For Dreams has announced that it has signed a global recording contract with musician, DJ & producer extraordinaire, Be Svendsen, with the first fruit of the tie up being the single release of Woomoon fave ‘Andromeda’ at the end of September.

Label founder & head honcho Kenneth Bager said, “I am very delighted to announce we have signed the global phenomenon, uniquely talented and highly original Be Svendsen to The Music for Dreams label. I am very much look forward to releasing the first highly anticipated single “Andromeda” – a bouncy crowd fave and the highlight of Be Svendsen’s many live appearances around the world.”

Be Svendsen is working on an album for Music For Dreams that will be a showcase of his openness to merge electronic music with special and original sounds – all I can say from first few listening sessions we are in for a treat.”

2014 was the year that electronica’s cognoscenti fell for Be Svendsen. Following the success of live performances at Fusion and BOOM festivals, the Danish musician has become a treat on the global festival scene and proponent of a uniquely organic, genre-bending sound that could best be described as ‘Tarantino Techno’.

Rather like Tarantino, Svendsen’s art has the distinction of being rooted in the familiar and the obscure, the playful and the ironic. His is an alluring fusion of syncopated beats, rendered vocals, world music, atypical sampling and live instrumentals, synthesised by the meditative qualities of repetition.

On signing to Music For Dreams Be Svendsen said:
“I’ve long desired to share some of the more experimental material I write – tracks that can be hard to place on the club labels, but nonetheless tracks that hold a very big part of me. To team up and release my first album on Music For Dreams feels like the perfect match and the right time exactly for that. Very happy to join the dreamers!”

“The music should ultimately connect you to a bigger picture. The goal is to express and convey a feeling, and to behold the moment – the essence of oscillating between a smile and a tear. I like to bring tragedy and humour together, and invite them up for a dance.” 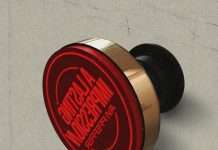 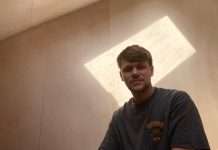