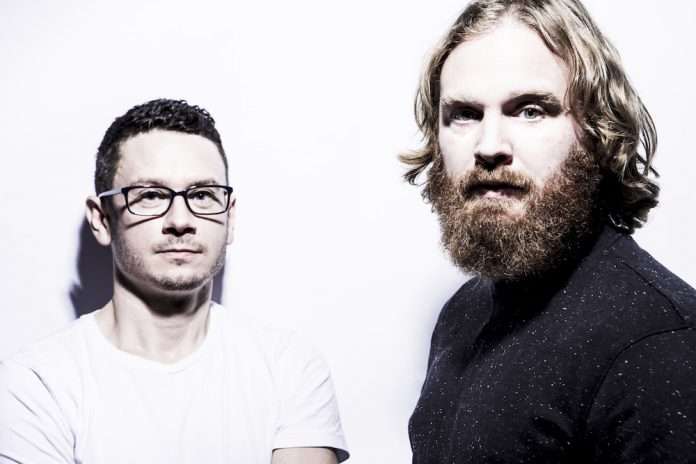 Solomon Grey are one of the UK’s most progressive electronic outfits and are no strangers to bold and exciting new concepts. After receiving huge acclaim in 2018 for their album ‘Human Music’, and their work on the BBC show ‘The Last Post’, the pair took on a new challenge to provide the soundtrack for the latest hit BBC television series ‘Back To Life’. Inspired by offbeat US indie comedies such as High Maintenance and Transparent, the band were keen to create an intimate score that would provide a unique musical tone. In their words.

The hardest thing was finding the balance between comedy and drama. How to feel that the show was sonically from both worlds without it feeling too disparate.

Since premiering on the 15th April on BBC1, ‘Back To Life’ has quickly become a hit with both critics and audiences alike. Garnering five-star reviews in The Guardian and The Mirror, as well as being named as Best New Series in The Metro, the six-part series stars Daisy Haggard as a woman looking to rebuild her life after an 18-year prison sentence. Co-written with Perrier award winning Laura Solon, the show finds heart and humour in the struggles that some ex-convicts experience in readjusting their lives after a long period in prison.

Much like their work to date, Solomon Grey ’s score for ‘Back To Life’ is filled with bold and atmospheric soundscapes that evoke a nostalgic and emotional tone as. One of the series leading tracks ‘Forties’ sees the duo create a soft and alluring composition, despite using very little instrumentation. Filled with little more than keyboard and drums, the track conjures up a melancholic yet warm introduction to the program, giving us a strong sense of what we can expect from the rest of the release.

In addition to the original score Solomon Grey collaborated with a number of notable artists including Siobhan Wilson, regular collaborator Imogen Rose, John Mark Nelson, and Arctic Lake who provide one of the release’s stand out moments with their cover of the Cocteau Twins ‘Cherry-coloured Funk’. Specifically commissioned by Solomon Grey, Arctic Lake recorded the single to give a bold and anthemic ending to the series.

With the show’s coastal setting, the pair were also keen to reflect that aesthetic in the score, by writing many of their compositions on location. Speaking about this, the band said,

“We wanted to represent lead character Miri’s lost past, frozen in time. We created instruments from ice cream vans and sounds recorded on the beaches and cliffs around Hythe. These samples can be found in virtually every cue. We set up a little studio in Hythe and worked from there during filming.”

‘Back To Life’ is available to stream now via the BBC iPlayer, and Solomon Grey’s new soundtrack is also available to buy and download now HERE