Electronic duo HVOB’s third album is a collaboration with Winston Marshall.
It is due for release on March 24, 2017.
HVOB’s second album Trialog (2015) was accompanied by a succession of international dates and sell-out performances on all six continents – including Burning Man Festival, Womb in Tokyo, the Great Wall of China, Melbourne Music Week and their own Boiler Room event in Vienna.
The producer duo are now set to release their third album; Silk. It is due out in March 2017 and the first single, The Blame Game, on February 3.

This is the first time HVOB have collaborated on an album: Paul Wallner and Anna Müller have written and produced the songs on Silk together with Winston Marshall, and the result of the collaboration with the London-based artist is a new and dark HVOB sound.
The collaboration goes beyond production of the new album to include a joint tour: starting in April, HVOB and Winston Marshall will be taking their own light and visual show to 15 European cities.
Silk is the first album to be released on HVOB’s own new label Tragen Records.
Tracklist
The Blame Game
Glimmer
Torrid Soul
Disguise
Astra
Deus
Hands Away
Silk US tour is planned for autumn 2017.
11.04. Salzburg / Rockhouse
12.04. Zurich / Dynamo
14.04. Paris / Nouveau Casino
15.04. Amsterdam / DGTL Festival
16.04. Brussels / Ancienne Belgique
18.04. Hamburg / Übel und Gefährlich
20.04. Berlin / Astra
21.04. Vienna / Arena
22.04. Brno / Fleda
23.04. Warsaw / Smolna
25.04. Prague / Roxy
26.04. Cologne / CBE
27.04. London / Oval Space
29.04. Budapest / Akvarium
30.04. Munich / Backstage Werk 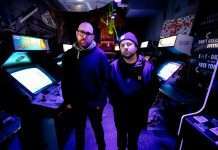 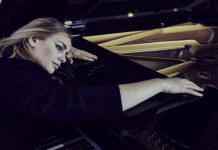