Satori returns to Crosstown Rebels with his atmospheric album MAKTUB. Born to Serbian and South African parents, he has created a twelve track masterpiece that will linger in your memory long after it finishes.

“When recording this album, I rented a farm in Belgium and locked myself away. I disconnected from the world and was completely alone for one month, with only my music for company. I didn’t want to make ‘just an album’, with some cool beats and world music samples. It had to be an experience”.

Music flows through the veins of Satori. No ordinary artist, he is creating deeply spiritual music through a range of instruments and production techniques. MAKTUB, his debut album on the illustrious Crosstown Rebels pulls the listener into an exotic world, blurring the lines between electronic and meditative music.

“At a time of great hostility and division in the world, it is music like this that unites us emotionally and reconnects and grounds us. I am very proud to release Satori’s album which gives us a chance to dream and smile” Damian Lazarus

At the core of MAKTUB is Satori’s desire to touch people with his music, and his vocals shine through from start to finish, as he guides the listener on an Arabian Nights inspired journey.

Sherazade and her never ending stories opens the album, setting the scene and teasing the listener with what is to come. Following on with a warm melody and uplifting beat is Umama, whilst healing guitar riffs wash over the listener as they delve further into the intricacies of Satori’s mind in Dive Into The Mystic. Switching up the pace, Satori distorts a sample of Muddy Waters with real driving force in Shotgun, leading into the enchanting Imani’s Dress that was released last year with Matthew Dear and Ewan Pearson providing remixes. The midpoint of the album, Ten Golden Dinars demonstrates how to paint a picture with a range of complex sounds and samples.

Taking centre stage is the evocative Plato’s Dream transporting the listener into an exotic realm overflowing with atmosphere. Tree Of Life marks the final quarter of the album, and provides a moment of reflection for the listener. Adding depth and a moody undertone, Satori layers tribal vocals over a hypnotic beat in While I Miss You, with a drum puncturing the spell as It’s All Theatre begins. Revealing his magic for the last time, Satori unveils a powerful vocal in the concluding track Shoeless.

A melting pot of cultures, the Arabian Nights are a collection of fairytales from around the world, and Satori’s background mirrors the global influence. As a reader you are drawn into the richness of the stories, “they are hypnotic, mysterious, adventurous, celebratory and sensual, and I realised that my live set was instinctively focused on these elements, this became the main element of my album”. 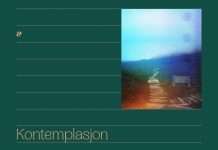 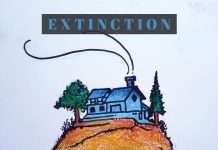 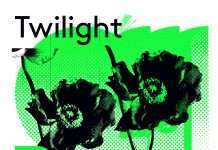