London born dancehall influenced artist Culan has announced the release of his captivating new single ‘Merengue’. The track, following his debut single ‘Easy to Love’ and his remixes and productions for the likes of Jamaican heavy weights Beanie Man, Beres Hammond and Gappy Ranks to name a few, is the perfect follow up in this breakthrough artists journey to the mainstream.
Inspired by the likes of Bob Marley, Supercat and Movado, Culan confidently merges his Jamaican heritage and influences with his West London upbringing to deliver the tropical yet perfectly balanced ‘Merengue’.

Culan says
“Merengue is based on a merge of genres and culture, narrating the story of when the sun sets and the dancehall revellers come out, highlighting the endeavours of a young man seeking to captivate the attention of a beautiful lady.”
‘Merengue’ will be out 21.09.17 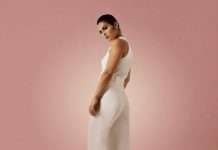 Lily McKenzie makes it ‘Bad For You’ on banging new single

Tomas Barfod arrives on Friends Of Friends for his 3rd album...