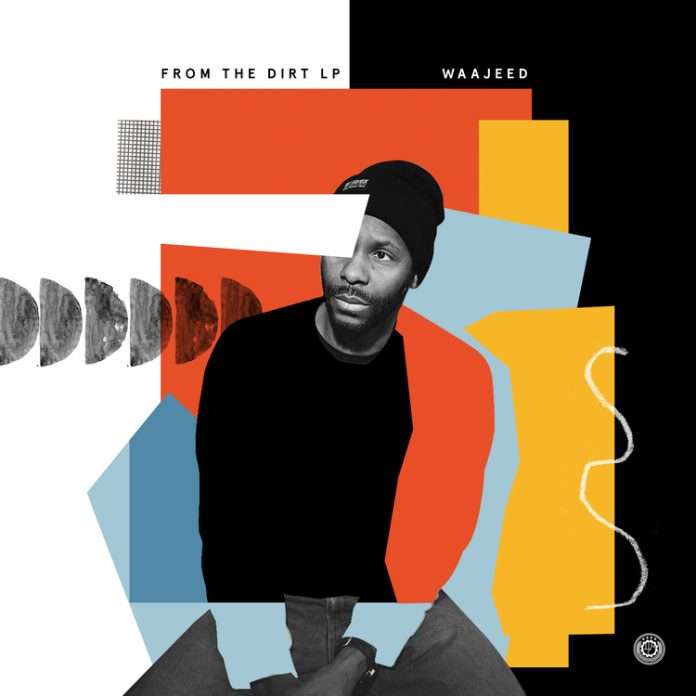 Following on from a string of acclaimed EPs on Planet E and his own label, DIRT TECH RECK boss Waajeed presents his first solo studio album, From The Dirt, due November 9th.

In order to understand Waajeed’s artistic profile, it helps to look at the musical history which informs it. As a child of Detroit who grew up just as encapsulated by hip-hop and soul as he was techno and electro, he is driven by a commitment to finding the sweet spot between these paradigms. In a city full of dualities, his productions are underpinned by an inherent awareness of both sides of the coin.

From co-founding seminal hip-hop act Slum Village alongside the late J Dilla and running two of his own labels – Bling47 and DIRT TECH RECK. – to producing leftfield soul as the frontman of Platinum Pied Pipers, performing at Panorama Bar in Berlin and releasing collaborative records with Theo Parrish on Sound Signature, his career as an artist has been varied to say the least.

This manifests itself gloriously on From The Dirt, in which funk, soul, house, and techno play equal parts across ten dancefloor constructions. Gritty basslines are offset with glistening melodies and heartfelt lyrics, whilst shuffling percussion drives steadily forward. Vocals play an important role throughout, taking the lead on tracks like ‘I Ain’t Safe ft. Ideeyah’, ‘Things About You ft. Asante & Zo!’, ‘Too Afraid ft. Lulu’ and the meditative power of recent single ‘Strength ft. Ideeyah’. Drum patterns vary between angular, funky and hypnotic soulful house – all with carefully mapped out cycles brandishing an inimitable rhythmic flair – whilst harmonies shift through jazzy chords and improvised progressions.

‘Growing up in the D, I spent Monday thru Thursday in the studio with Dilla and Slum Village. Friday and Saturday nights we partied all night to Theo Parrish and early Sunday morning I went to church with my pastor. This is what I sound like. This is the sound of Detroit. This is From the Dirt.’