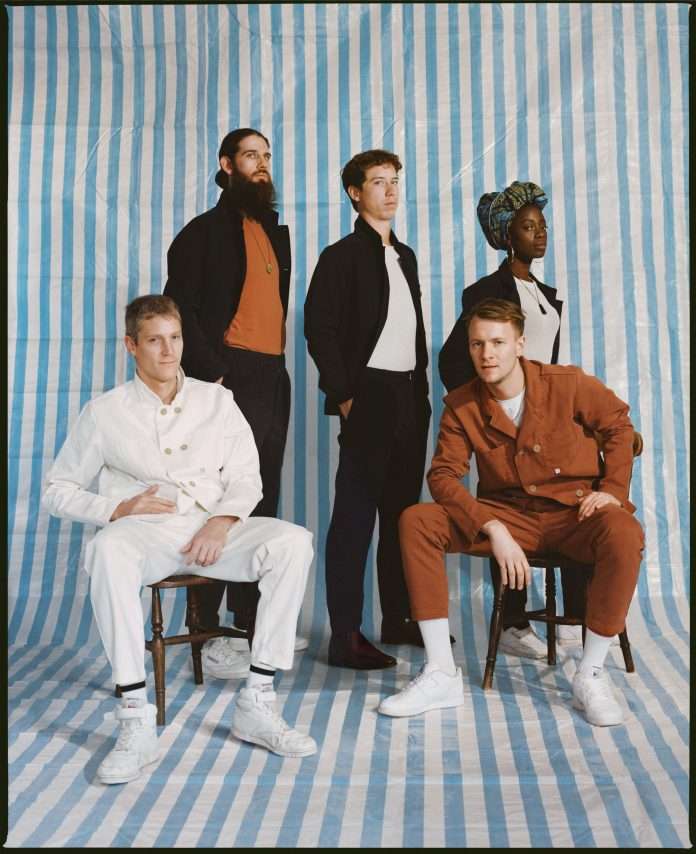 ‘Night Flight’ is the irresistible new single from London collective Franc Moody, which is available now. The band recently sold out their forthcoming headline show at Village Underground, with further UK dates also confirmed for later this month.

Having toured with the likes of Friendly Fires and won widespread acclaim (plus a passionate audience) for their DIY early releases, ‘Night Flight’ was conceived – write Franc Moody – “to create the illusion of space flight through the medium of funk bass, tabasco bottles, oboes and techno synthesisers. Imagine Yuri Gagarin slapping the bass onboard Vostok 1. Or Buzz Aldrin two-stepping his way off the Lunar Landing Module onto the moons surface in 1969.” The results – both bigger in sound but also sweatier, more sensual even in groove – suggest a band whose ambitions are also only just taking flight.