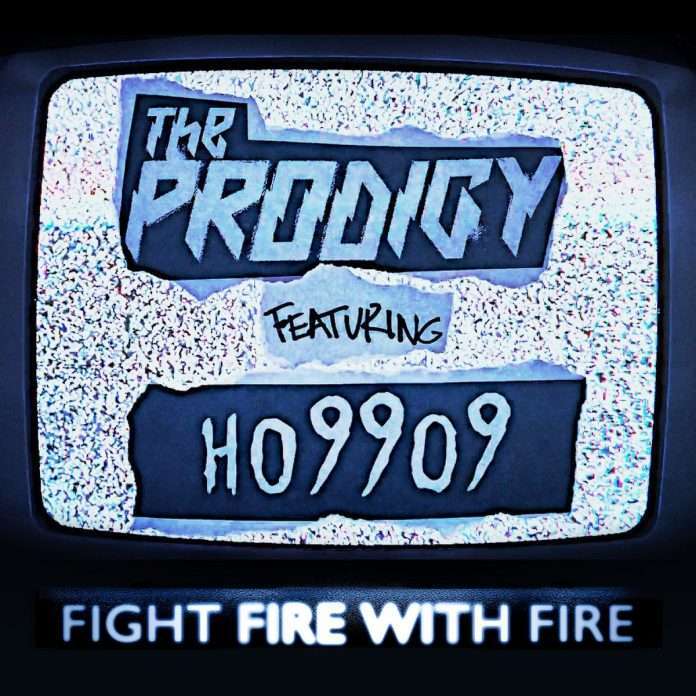 The Prodigy have today unveiled new track ‘Fight Fire With Fire’ (ft. Ho99o9), taken from the forthcoming album ‘No Tourists’.
‘Fight Fire With Fire’ (ft. Ho99o9) is available to stream, download and as an instant grat now. The band’s twenty-date winter tour – including two shows at London’s Alexandra Palace on November 14th and 15th, with support from Ho99o9 at selected UK dates below – begins next month.

‘Fight Fire with Fire’ sees The Prodigy partner up with New Jersey’s finest noise crew Ho99o9, resulting in a down-tempo, heavy-grooved, surefire banger. ‘This was the first track I wrote for this album,’ says Liam. “As far as doing a collaboration, the Ho99o9 guys were the main band I wanted to work with, and this tune has so much danger embedded in it. It’s the best collaboration we have done.” ‘Fight Fire With Fire’ is the latest insight into The Prodigy’s forthcoming album ‘No Tourists’, and a reminder of a band that has resolutely followed their own route through the underbelly of popular culture since day one. It’s every inch a Prodigy record and it’s their most direct, concise and pure statement yet.

‘No Tourists’ sees The Prodigy return with venom in the way that only they can. They’re renegades, outsiders, outlaws – always hiding in plain sight. Though much has changed in the musical and social landscape, what remains a constant is The Prodigy’s resolute focus to always do things their own unique way, and in 2018 the urgency and irrepressible spirit of The Prodigy has never been more needed.