Lahos has proven his penchant for infectious hooks with his contributions to numerous hit singles for acclaimed artists Felix Jaehn & Alle Farben and has been an integral part of their live-shows. He made his breakthrough on the trumpet alongside Felix Jaehn on the remix of „OMI – Cheerleader’ in 2015.

The hit has accumulated over 840 million streams on Spotify and made it to the number 1 spot in the US, UK, Sweden, Germany, Austria and Switzerland and has been certified platinum over 50 times worldwide.

When Lahos isn’t busy enchanting the masses on sold out tours, he works on his own productions.

Now, after numerous collaborative hits, he’s decided to take the time to work on his own single, titled ‘24’. ‘Thinkin bout you 24’ – Lahos mixes ballad-like vocals with electronic pop production, shimmering pads with hard-hitting trap beats. Vocals are provided by none other than Hight, who has previously worked together with Felix Jaehn on the hit single “Hot2Touch”, earning him a platinum and two gold certifications.

Lahos isn’t just an exceptional trumpet player, but also a gifted producer. He has spent the last 7 months working on various productions, but he hasn’t given up touring either. He recently released his first club single “Nacho” on the popular Dutch label Spinnin’ Records, a collaborative effort with friends and fellow platinum-certified producers YOUNOTUS.

His talent on the trumpet quickly caught the attention of media and fellow artists alike – soon after he was collaborating on-stage and in the studio with artists such as Alle Farben, Alvaro Soler and Tresor.

He now regularly tours with his friend Alle Farben and plays sold out shows and festivals all over Europe, enchanting up to 80.000 people with his trumpet on hit singles such as ‘Bad Ideas’, ‘Little Hollywood’ and ‘Only Thing We Know’.

After finding success in his numerous collaborations, Lahos decided to move to Berlin to focus on his own productions.

Lean back and enjoy Younotus’ very special Cinematic Remix, which perfectly emphasizes the emotional message of the single. 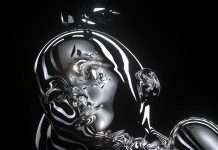 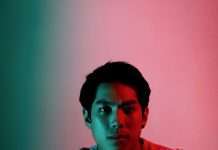 Billie Eilish releases music video for ‘everything i wanted’