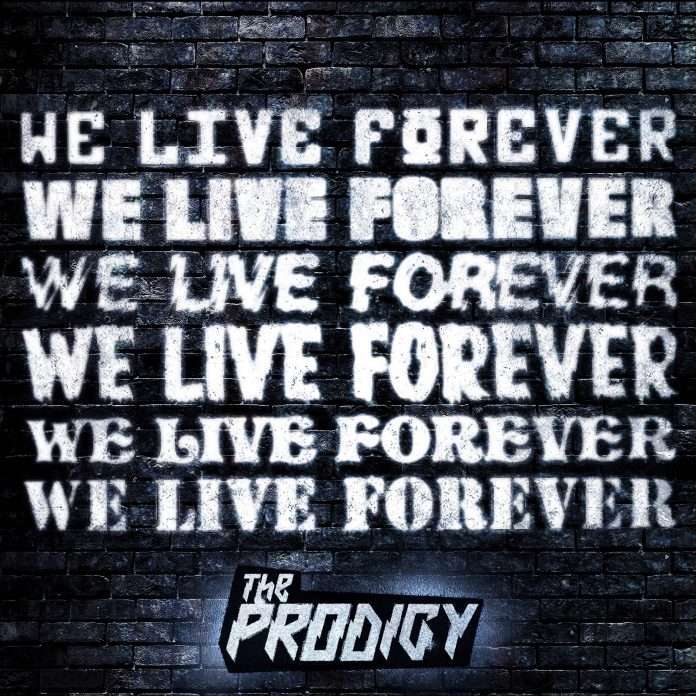 The Prodigy have today released new track ‘We Live Forever’, taken from the band’s forthcoming album ‘No Tourists’ and available to stream, download and as an instant grat now. A twenty-date winter tour – including two shows at London’s Alexandra Palace on November 14th and 15th, with support from ‘Fight Fire With Fire’-collaborators Ho99o9 at selected dates, here – begins next month. As the album release approaches, last night (October 24th) The Prodigy’s ‘No Tourists’ bus also rolled into London, giving select lucky fans an exclusive immersive experience.

‘We Live Forever’ brings together Keef and Maxim (plus a killer Ultramagnetic MCs vocal hook) over a sinister ascending riff that keeps coming at you, before erupting into a violent energy only Howlett knows how to bring. It’s a striking highlight from The Prodigy’s new record, ‘No Tourists’, and a reminder of a band that has resolutely followed their own route through the underbelly of popular culture since day one.