The Faint have returned with their first new music since 2016 with the single, “Chameleon Nights.” While the song’s dark danceability and grim tone leaves it right at home with The Faint’s most classic work, it is unmistakably shaped by the world of today and pulls the band’s sound to places it’s never reached until now. 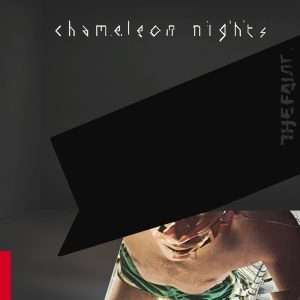 With the release of Blank-Wave Arcade in 1999, The Faint ushered in the return of synthesizers to the modern musical landscape, informing the trajectory of what would come to be the early 2000’s electro-dance movement, alongside the likes of The Rapture, Moving Units, !!!, and Hot Chip. Their entirely original fusion of synth sounds over a blaring punk background, proved as catchy as it was danceable, and collaborations with NIN, Boys Noize, Bright Eyes, Jacques Lu Cont, Yeah Yeah Yeahs, Ladytron, Azure Ray etc., helped further push them into unexpected and imaginative new directions. Sonic explorations that occurred over their next few albums (Danse Macabre, Wet From Birth) helped prove that the The Faint had transcended the movement they helped define, evolving to explore new textures and ideas that would influence artists of a younger generation whose music currently holds the mantle of dark electronic rock, such as John Maus, Anika, Oneohtrix Point Never, and The Soft Moon.

With “Chameleon Nights” The Faint make their valiant return.

Kasbo unveils atmospheric new single ‘I Get You’