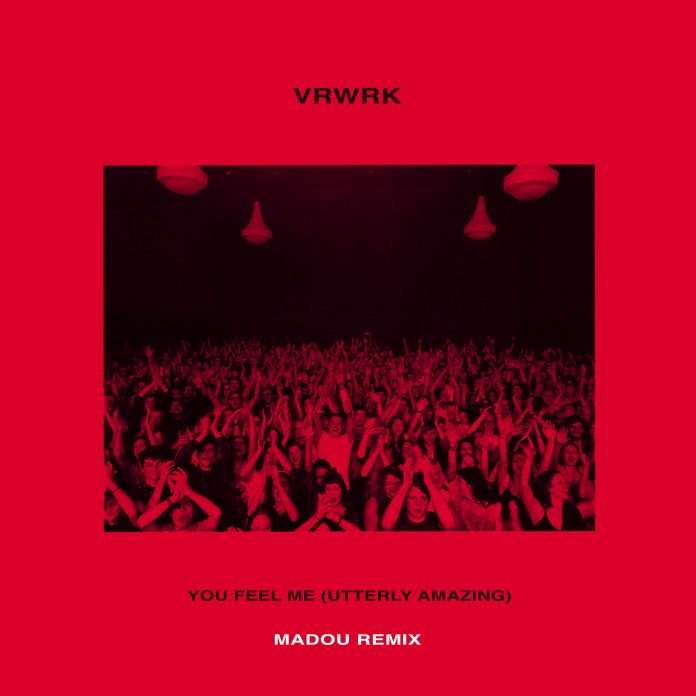 Fresh from releasing their critically acclaimed debut album that saw them tipped by the likes of The Fader, The Line of Best Fit, Clash, NME and many more East London’s VRWRK turned to their Belgian friends, Madou, to reinterpret one of its standout moments, ‘You Feel Me (Utterly Amazing)’.

Having scored a notable success with their debut release, ‘Nowhere Else’ on Skrillex’s NEST imprint in 2017, (a track that found hundreds of thousands of new fans this summer when it was used as the soundtrack to one of the most talked about adverts in the UK) and the self-released ‘About Tomorrow’, Madou jumped at the chance to rework the euphoric leftfield pop track into a darker, harder warehouse ready number.

In Madou’s hands though the track has been transformed into a pile-driving Techno number, the original’s vocals reduced to spectral snippets echoing out over a solid driving beat and bubbling synth arpeggios. Released this October on Madou’s own Lekker imprint the the tracks has already been strongly supported by some of the biggest DJs around including the likes of Maya Jane Coles and Chordashian.

Tracks of the Week: House ConnectFM 28