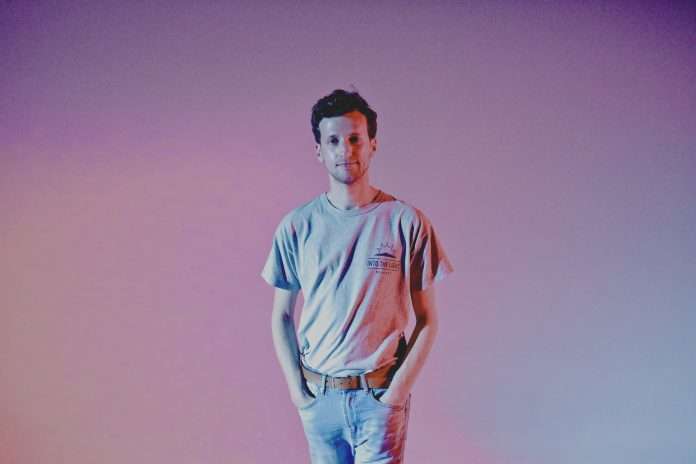 Harvey Sutherland has dropped a beautiful video today for latest track ‘Amethyst’, a jazz-leaning broken beat odyssey born out of sessions with London-based saxophonist Nubya Garcia and drummer Kahlil Memphis. Harvey Sutherland recently played a sold-out London show at Peckham’s Ghost Notes in addition to a date in support of Little Dragon at Printworks. A limited edition 12-inch vinyl of ‘Amethyst / I Can’t See’ will be available soon.

‘Amethyst’ is the next step in an already-unpredictable career from Harvey Sutherland, a producer, DJ and funk synthesist from Melbourne. After steadily making a name for himself amongst Australia’s bubbling electronic underground, Mike Katz began to make international waves in 2013 with a series of successful 12” records under his nom de plume. Blending a broad array of crate-digging influences, his initial EPs have already been championed by international tastemakers like Gilles Peterson, Jamie xx, Disclosure, The Black Madonna and Pete Tong. Sold-out shows with his impeccable live band followed around the world – including Glastonbury Festival, Nuits Sonores, London’s Jazz Cafe, Corsica Studios and most recently Ghost Notes – alongside some unique side-projects: Harvey Sutherland recently performed an original cinematic disco suite alongside the Melbourne Symphony Orchestra, as well as directing an east coast Australian tour with an 11-piece band in support of New York boogie icon Leroy Burgess.

From the time Harvey Sutherland began making music, he was influenced by dance music, but not comfortable inside its rules. Still rooted in soul, disco and funk, the modern techno universe was not exactly where he fit – and so (as he continues to today on ‘Amethyst’) Harvey Sutherland instead sought to create a world of his own. “Looking for songs in strange places”, as he says, but in ways only he knows how to look.

Part one of this exploration proved to be ‘Amethyst’, a transcontinental collaboration with two musicians also at the peak of their scene: London-based saxophonist Nubya Garcia and drummer Kahlil Memphis. Garcia has earned acclaim for her expressive style of playing, which has afrobeat, hip-hop and grime influences seeped into its bones rather than worn like a badge. Memphis, meanwhile, glides through complex rhythms with ease, their edges roughened up by a sensibility lifted from London’s pirate radio, around which Harvey Sutherland’s cosmic synths and strings orbit.

“I wanted something that had a jazz feel and lightness that was still really informed by the London broken beat scene,” says Harvey Sutherland now. That it’s jazz is secondary – what’s exciting for him is exploring the “exciting, ephemeral” sensation of “interplay, the sound of people playing together.” And whilst ‘Amethyst’ might signal a more experimental evolution in Harvey Sutherland’s sound, you also sense his desire to bring players, sounds and global scenes together into something exciting and new is only just getting started.

Listen : Ladytron Delve into Disquiet on “The Island,” Second Single...