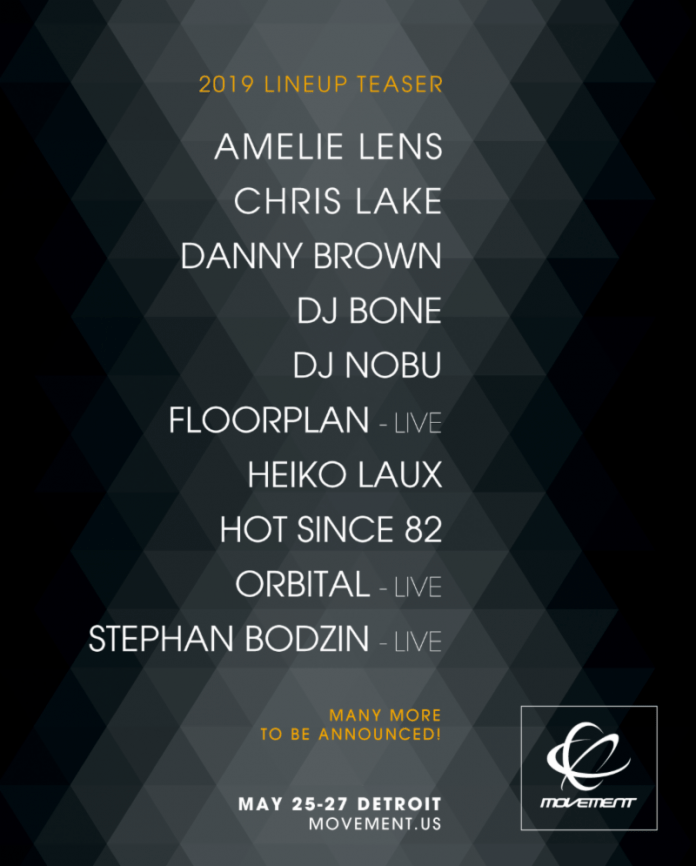 The lineup teaser features UK dance music pioneers Orbital for their first live appearance in Detroit in almost 20 years. This also marks the duo’s first-ever performance at Movement. Orbital have laid the groundwork for today’s live shows by performing such anthems as “Halcyon”, “Belfast” and “Chime” on a cadre of studio gear in epic fashion. There is no better platform to expose a new generation of electronic music fans to the historical relevance of this incredible act than at Movement.

The 10 performances announced today, in alphabetical order, are as follows:

Since its inception, Movement has been deeply dedicated to bringing a completely original experience to Detroit, the place where it all began for Techno music. Festival organizers are hyper focused on showcasing authentic talent for the event, which in turn provides an experience that is purely about the music. Movement fans will find themselves immersed with the best of the best, seasoned vets and up and comers within Techno and other dance music genres.

Movement 2019 3-Day Weekend and Daily Passes for both GA and VIP are now available for purchase at www.movement.us. Payment Plan options are also available.