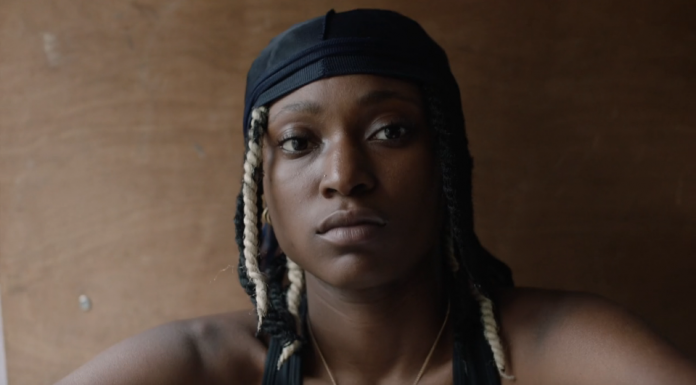 Very few voices have made the world stand up and take notice like Flohio’s. Spending the last 18 months touring the world off the back of her incendiary ‘Wild Yout’ EP, Flohio’s dextrous UK rap has marked her out as one of Britain’s most unique emerging talents. Today, Flohio returns with her first official single of 2019, ‘Hell Bent’.

Produced by JD. Reid (slowthai & Skepta ’s ‘Inglorious’, Mabel ’s ‘Finders Keepers’), ‘Hell Bent’ sees Flohio doubling down on the intensity with which she made her name, adopting an arsenal of breathless flows that weave in and out of the track’s glacial instrumental. Exploring themes of dedication to her craft and her desire to stay on top, the track is reminiscent of Flohio’s earlier productions; glistening, yet completely destructive – lending itself perfectly to her notorious live presence with an insatiable energy and an intoxicating hook.

The track’s accompanying visual, directed by regular collaborator and UKMVA winner Duncan Loudon, is a dizzying, intoxicating representation of Flohio’s inner-essence. Set to a vivid background of incandescent red, Flohio performs the track with venom – her image blurring, doubling and distorting as if in the presence of a demonic entity. The frantic visual is the perfect encapsulation of the track, mirroring its hard-hitting unrelenting natural energy.

With a completely packed live schedule this year that will see her travel between continents, ‘Hell Bent’ marks the beginning of a wave of new music from Flohio coming this year. A marked progression and advancement in her signature sound, ‘Hell Bent’ is everything you could imagine from a Flohio track and more; hungry, intense and above all else, irresistible. One of the UK’s most essential talents, Flohio is in blistering form, and she’s ‘Hell Bent’ on never letting up.

Listen: Rising British band MIYA MIYA are back with “Want You”, an addictive slice of anthemic pop