Bishara Morad is the 17-year-old natural talent from Linköping who in 2019 made his debut in the Swedish Melodifestivalen with his single ’On My Own’ after launching his career with covers on Instagram.

His performance in Melodifestivalen was the first time Bishara ever stood on a real stage and ended up on a honorable second place. After his debut Bishara released his single ’Love Don’t Let Me Down’ he made appearances on major TV shows in Sweden such as Allsång på Skansen, The Swedish National Day Celebration and Lotta på Liseberg. 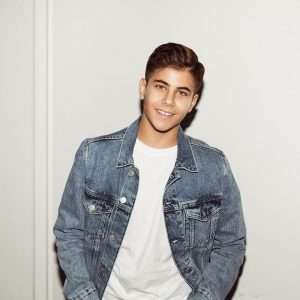 During the summer of 2019 Bishara went on tour together with Rix FM festival where he performed at several stops all over Sweden. During the tour he performed two unreleased songs. ’Say It Ain’t So’ which was released in the end of January together with Leia, and ’R U 4 Real’. Both songs got amazing feedback from Bisharas fans and now he is finally releasing ’R U 4 Real’. The song was written by Benjamin Ingrosso, Sebastian Atas (Jübel), Victor Sjöström (Jübel) and Mack (Zara Larsson, Icona Pop) and is an uptempo, dance-friendly song about being young and infatuated with someone.