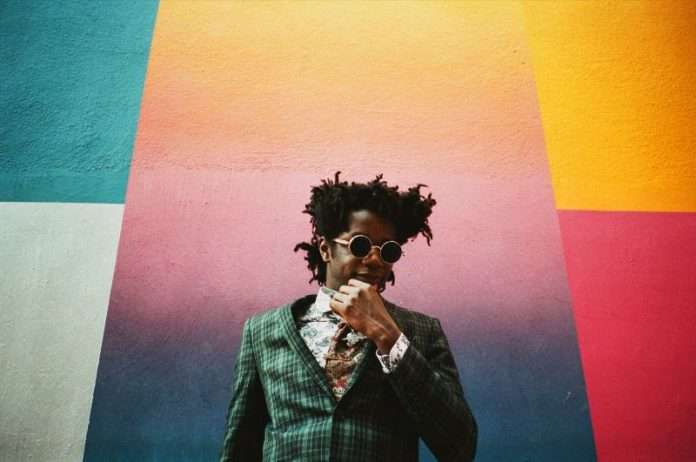 It’s been a busy few months for L.A. Salami with the release of two EPs in 2019/20, and now he is back with new single ‘Things Ain’t Changed’, taken from the up-coming album ‘The Cause of Doubt & a Reason to Have Faith,’ released via Sunday Best Recordings on July 17th 2020.

Set to nuances of garage rock and jangle pop, ‘Things Ain’t Changed’ is a heartfelt ode to the complexity of life and how you navigate through it. His new single cements Lookman Salami as one of the most intriguing and stimulating lyricists around today. In his own words, “The record is about the recurring pattern we find ourselves in as humans, over and over again throughout history, the thing that changes is the technology, but the human brain has not changed for over 100,000 years. Civilisations rise and fall, the clothes may change, the poisons change names, the players change faces, but the game of life will never change.”

His new album ‘The Cause of Doubt & A Reason To Have Faith’ sees Lookman explore new experimental ground, touching on a bit of everything from rap, psychedelic folk, and sultry grooves which venture into extended hypnotic jams. This isn’t the music of a virtuoso: it’s explorative, daring, meditative and wild. Lookman describes the inspiration behind his new album, “I love the deliberateness, cleanness and colour of modern music, but I also miss the complete chaos of old, like some Captain Beefheart and Velvet Underground records, or even 90s HipHop records with the peaking 808s and static compressed vocals al la Wu Tang, or blues records like Robert Johnson’s. Somewhere in there is the carnival I’ve been searching for. This entire album could very well be a love letter to Lou Reed and The Velvet Underground.”

Lookman began writing poetry at a very early age, which then evolved into writing lyrics and he then self-taught himself the guitar aged 21. Fostered from birth, Lookman was periodically re-united with his birth mother from the age of 5, which he describes as being emotionally confusing, “I find it rears its ugly head consistently in my life, and music became one of the easiest ways to release that pressure valve every so often.”

L.A. Salami ’s two albums to date, ‘Dancing With Bad Grammar’ (2016) and ‘The City of Bootmakers’ (2018), have seen the London-based artist present a singular vision. His evocative, poetic lyrics span everything from grand existential questions to vignettes of everyday life as well as the affairs and anxieties of modern Britain.

The Cause of Doubt & a Reason to Have Faith
track- listing