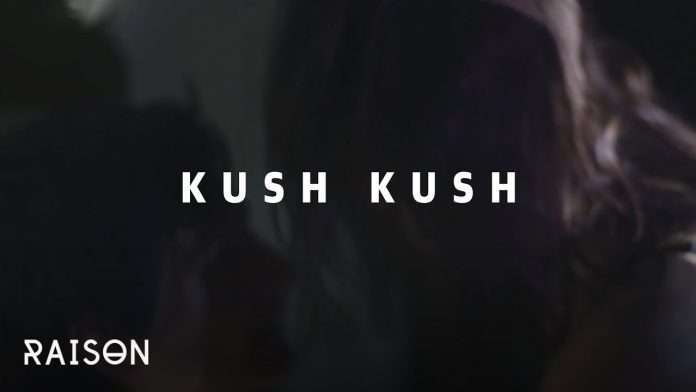 Rabbits are the better DJs, Kush Kush already proved with their debut single “Fight Back With Love Tonight“ last year. Now, the mysterious newcomers with the rabbit masks are back with their first release in 2018, „Sweet & Bitter“ – and yet again, they dress a world-famous sample with a new urban pop attire with such mastery, even Bugs Bunny would go green with envy. „Tom’s Diner“, Suzanne Vega’s 1987 classic, attains new honors – and even though respect naturally forbids to say so: it sounds better than ever.

The whole affair kicks off with the famous intro we all know so well: “Da-da-daaa-da, da-da-daaa-da“. Delivered a cappella by Suzanne Vega back then, „Sweet & Bitter“ mesmerizes us with a tropical-tinged melody, approaching from afar first and punching straight in your rabbit face only split seconds later: A dark and threatening bassline is wafting through the scenery, contrasted by warm vocals. “You’re getting closer / Look in my eyes, soldier“, he calls on us, which quite frankly wouldn’t have been necessary as he has our undivided attention anyway. Turns out, however, that we weren’t addressed in the first place. Instead, the songstress responds by making the air sizzle over a gently pulsating beat: “When we fall into the river / Every kiss is sweet and bitter / But as long as we’re together, every touch feels so much better / Make me stay“. No need to tell us twice.

Kush Kush’s first single was a resounding success already: “Fight Back With Love Tonight“ proved to be an international streaming hit, generating Spotify plays in excess auf 11 millions and gaining support by the most popular playlists such as “mint“, “Good Vibes“ and “TGIF”. Overall, the track was listened to by more than 11 million people in 61 markets, in Russia the track stayed in the airplay- and Shazam charts for 10 weeks, peaking at #2. The accompanying video, a thrilling nocturnal ride with an excessively living, explosively loving young couple, clocks in with more than 2,5 million YouTube views to date.

After sending White Town’s “Your Woman” (1987) through their musical time machine with „Fight Back With Love Tonight“, they now treat “Tom’s Diner” to an update for the year 2018. And once more one can’t help but ask: who are these guys and what variety of carrots are they growing in their studio to develop such sure instincts for legendary samples and incorporate them in their tracks so seamlessly? The elderly people among us (step forward, no need to be shy) will know: “Tom’s Diner” also made history in 1987 as the “Mother of the MP3”, as the guy behind the revolutionary audio compression scheme, Karlheinz Brandenburg, was very fond of he song. Boy, is he going to love Kush Kush’s version!

Karlheinz and all the other urban rabbits out there are going to take much pleasure in Kush Kush in the remainder of 2018, since deep in their rabbit hole, the producers, songwriters and DJs are tirelessly working on music. It remains to be seen high just which legendary sample they’re going to give the special treatment next time around…