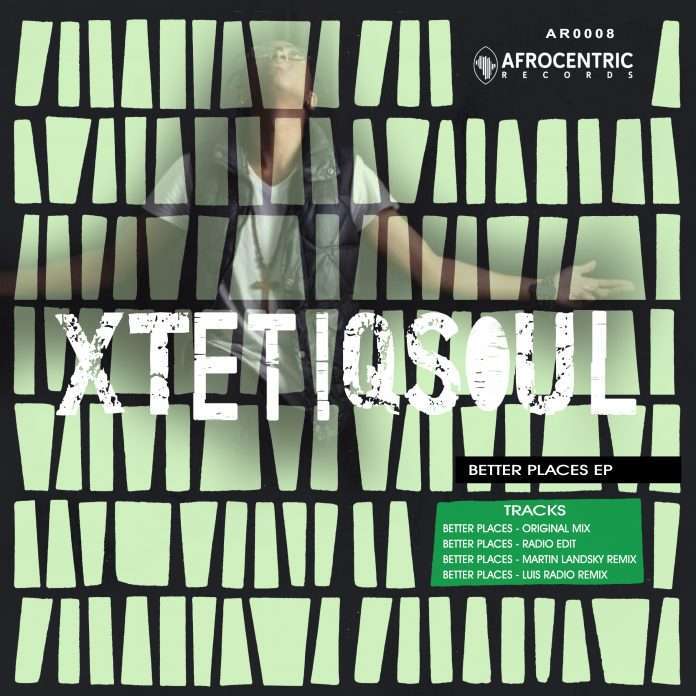 “‘Better Places’ is about a love lost looking for something better and willing to leave those she loves in order to make a name for herself.” – XtetiQsoul

XtetiQsoul (aka Siyabonga Hugo Ziqubu) is a fresh young talent who hails from Durban, South Africa and has been steadily been making a name for himself as a one man orchestra and remix beast for over 6 years. He first gained recognition in 2013 for his bootleg ‘Moment’ by Musaria featuring Saturna which received global radio support. He then entered a worldwide Remix Competition by Redbull & Soulistic Music where his remix was chosen to be released. In October 2015 he released his debut album titled ‘Fantasy’ on his label Four Sounds Productions and has since released and remixed tracks on labels such as MoBlack, Afrocentric, Nulu, Iklwa Brothers Music and more. XtetiQsoul has also co-produced albums for big artists in South Africa and is currently working on projects with Black Coffee, Black Motion, DJ Shimza, Soulstar and more

German producer Martin Landsky has been producing underground house and techno for 3 decades, releasing on key labels such as Poker Flat, Sincopat, Mobilee, Parquet, Still Hot, along with his own own Efforil/Intim imprint, among others. Luis Radio is one of Rome’s best loved DJ’s, his 360 degrees knowledge of house music sees him regularly grace the decks of the city’s hottest clubs and beyond. As a producer Luis’ soulful and house productions and remixes have graced labels such as Unquantize, BBE, Code Red, 4 To The Floor, Nervous, Soulfuric, Wonderwax, King Street, Purple Music and many more.

Belgian producer Transistorcake borrows one of Soulwax’s synths and turns in...