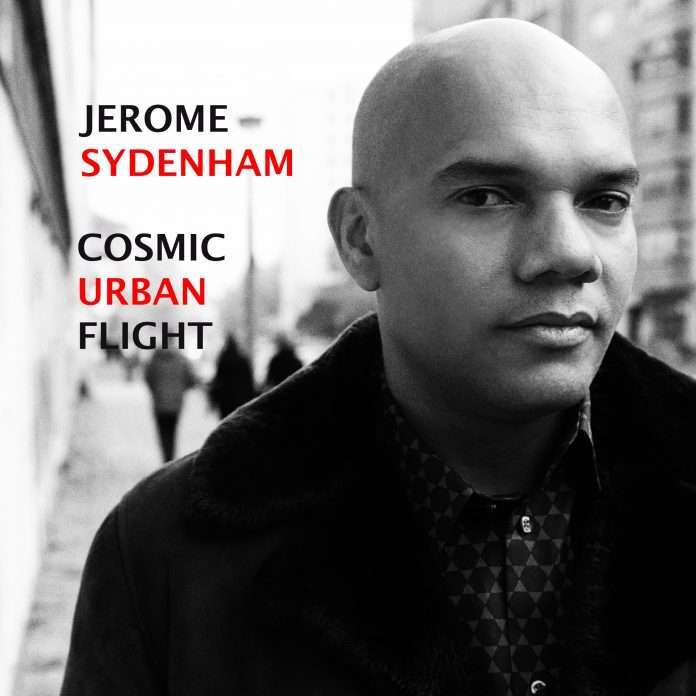 Deep-thinking, heavy-grooving House music for connoisseurs, Cosmic Urban Flight is the new album from revered producer and DJ Jerome Sydenham.
Recorded entirely in Sydenham’s Berlin studio, the Cosmic Urban Flight project was originally planned as an EP for BBE Music, but a hot streak of musical inspiration soon swelled the proposed track-list and this unique album was born. As Jerome puts it: “It was a nonstop process until I felt, creatively, my point had been made.”
Musically, Jerome says, “the sound of Cosmic Urban Flight was inspired by the idea of creating an energetic, DJ-friendly form of Deep House to ft into todays diverse sets.” Diversity is something this album has in abundance, as distinctly European house and techno infuences meet with afro favours and carefully weighed spoken word sections, giving a powerful commentary on today’s cultural and social climates.

Featuring collaborations with Fatima Njai, Janne Tavi and Demetr1us, Cosmic Urban Flight is yet another reminder of why Kerri Chandler once likened Sydenham’s impeccable musical arrangement abilities to those of Quincy Jones.

Strictly Rhythm will release ‘The Definitive 30’ album on 13 December...