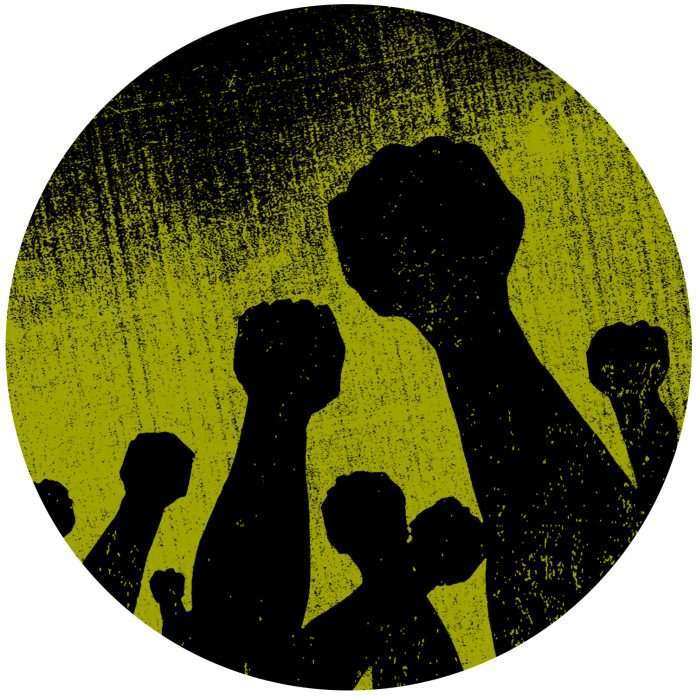 Raw District return to Crosstown Rebels with their fifth offering on the label teaming up with Fabrice Lig. The package features the sublime vocal talent of Just Her and a remix from the irrepressible Alex Kennon as well as an exclusive digital track with fellow Belgian, DkA.

Speaking of the collaboration, ​Raw District ​explain that making music has always been ​“an artistic process to connect people involving the feelings, ideas and talents from each one”. ​On the release they connected with vocalist ​Just Her ​who was in turn inspired to ​“write about vulnerability and laying ourselves bare”. ​Fabrice Lig then added his ​“old 101 and some strings and chords action” ​to the proceedings that ​“matched perfectly with the superb voice of Just Her”.

Combining an industrial beat and the melodic vocals of Just Her, ​Lay Your Weapons Down ​provides a captivating introduction to the EP. A​ lex Kennon quickens the pace adding a harder, techno aesthetic – chopping the vocal hook and adding an element of distortion. Exclusive digital track with DkA, ​Dans Tes Bras​, is suspenseful and minimal with an immense percussive section and an enthralling wind instrument sample.

Raw District ​have had releases on respected imprints including Innervisions, Moon Harbour and Defected, as well as heading up their own label, Homecoming. ​Fabrice Lig ​has a vast discography under his belt, with tracks signed to KMS, R&S, Classic and Clone amongst others. Lig has collaborated and remixed with some of the industry’s top names from Laurent Garnier to Kevin Saunderson and DJ Hell to Kenny Hawkes. As one half of Himselfher and the mastermind behind Constant Circles, ​Just Her’s ​talent knows no bounds. Her tracks have been supported by Maya Jane Coles, Sasha and Joyce Muniz. ​Alex Kennon ​has had music signed to respected labels including Saved, Bedrock and Get Physical.