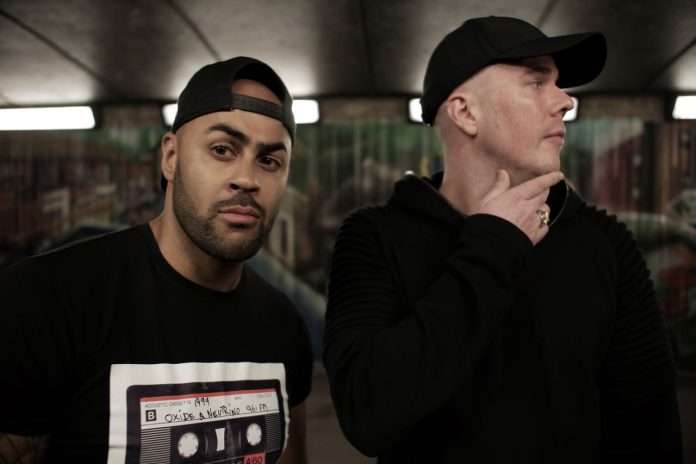 Gold-album selling South London duo, Oxide & Neutrino, return with new music and a freshly inked 3-single recordings deal with New State Music. Their first release for New State is ‘Where Do We Go?’ a collaboration with Leo The Lion (former collaborator with The Streets). Released 29 January, ‘Where Do We Go?’ is a future UKG anthem featuring vocals from Leo, an old friend of Neuch’s who sang on the No.1 ‘Dry Your Eyes’, and hits including ‘Blinded By The Lights’ and ‘Fit But You Know It’. Fans can pre-save/pre-order now and receive a free exclusive DJ mix ‘Solid Sounds Of The Underground 2021’. Remixes for ‘WDWG?’ will be announced soon.

In 2018, Oxide & Neutrino’s ‘Dilemma 2.0’ was the first new music to be released after a studio hiatus, and the debut track on their own label, OxNe.

In early 2019, Oxide & Neutrino hit stadiums and arenas with the sold-out Kisstory Presents Blast Off UK Tour alongside Salt n Pepa, Shaggy, and many more. These shows came off the back of huge 2019 performances at Manchester’s Albert Hall (a Pure Garage double-header), Eastern Electrics, Kisstory On The Common, Garage Nation, and a run of events in London and across the UK. Further live shows and festival dates have been rescheduled for 2021