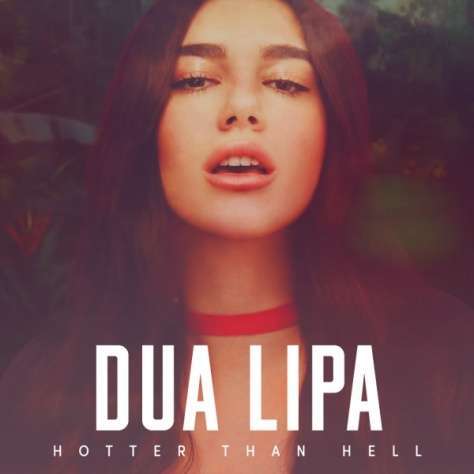 Dua Lipa has unleashed the artwork for her new single.
It’s been a busy year for English/Albanian promising pop star in the making Dua Lipa. After re-pushing last year’s single “Be the One” in some countries and releasing the underrated pop anthem “Last Dance”, she’s coming with something warmer.
“Hotter Than Hell” was written by Dua Lipa along with Adam Midgely (Frances), Gerard O’Connell (Kylie Minogue) and Tommy Baxter (Olly Murs).
The singer is planning to release the previously announced track “Hotter Than Hell” as her next and fourth overall single from her career, and of course, another taste taken from her awaited full length debut, due out later this year.
Other album contributors include Greg Wells (Adele), JHart (Keith Urban), Two Inch Punch (Sam Smith), Ed Drewett (Craig David), BloodPop (Madonna), Noonie Bao (Charli XCX) and Digital Farm Animals (John Newman).
“Hotter Than Hell” is expected to be released on digital retailers in the coming weeks.(hamadamania/ultimate music report)
Dua Lipa-Hotter Than Hell Live @Oslo
[youtube https://www.youtube.com/watch?v=Y_YYKXsaDzU&w=420&h=315]