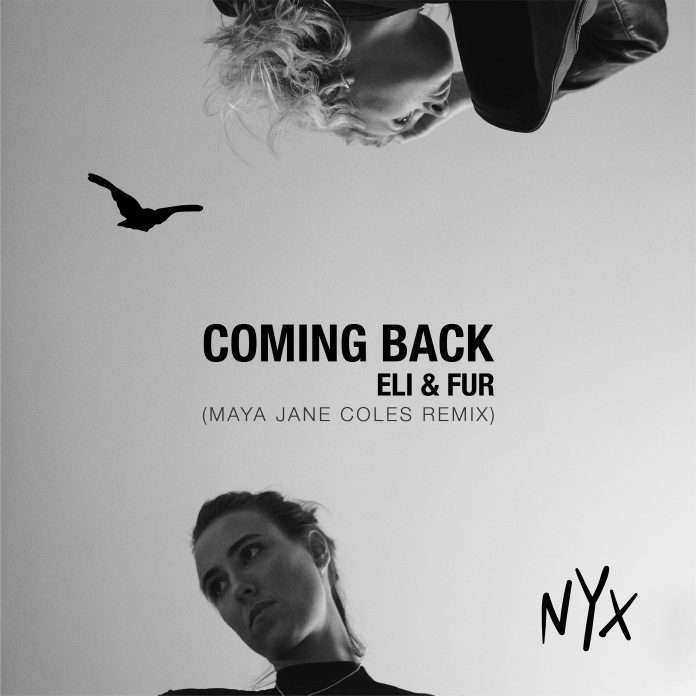 Eli & Fur return to their tantalising imprint, NYX Music. Coming Back is the perfect follow up to 2018’s Night Blooming Jasmine and features a spell-binding remix from the inimitable Maya Jane Coles.

“For us, Coming Back represents that intense feeling for something or someone you find hard to control or let go of. It’s that on and off connection to someone that’s not really part of your life. You want to escape that feeling and close the chapter but you keep coming back to it. Time passes, life moves on but it still plays on your mind.” Eli & Fur

Coming Back is an emotive and ambient track with elegant and dreamy vocals, mesmeric synths and a dynamic bassline. On the Maya Jane Coles remix, the ANTS resident brings a deeper bassline and distorts elements of the vocal hook, adding in a hypnotic breakdown but retaining the overall character of the original.

Eli & Fur began life in 2013 and soon captivated some of the industry’s key players with their debut You’re So High. They’ve had releases on hugely influential labels such as Defected, Anjuna and Subliminal, and their musical efforts have seen them collaborate with Harry Romero, Rodriguez Jr., Dosem and Oc & Verde. They’ve beguiled crowds at some of the world’s biggest events including Tomorrowland, SW4, ANTS, Coachella, Creamfields, as well as receiving numerous award nominations. 2018 proved to be a monumental year for Eli & Fur who made their Fabric debut, as well as numerous dates in Ibiza with Ants at Ushuaia and Black Coffee at Hï. They also appeared alongside fellow Anjunadeep alumni at Printworks. 2019 will see them on the road once again in North America as well as another Printworks show in March for ANTS.

Death On The Balcony – Rhythms Of The Universe EP ⁩(Do...

King Street Sounds is back with another floor moving single,from Cray...