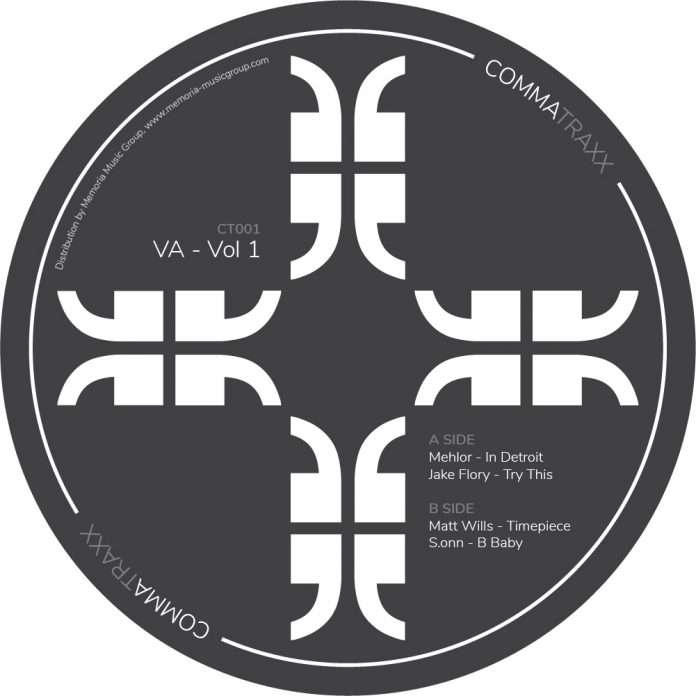 Comma Traxx kicks off with a debut EP from four fast rising talents in the form of Mehlor, Jake Flory, Matt Wills and S.ONN who take a track each on this digital and vinyl release. They all have their own unique takes on minimal, house and tech, and the tracks have already been supported by the likes of De Walta and Cosmjn.

Comma Traxx is a London based label and events promotion team founded in July 2018. The label aims to find artists across the UK who are fresh and innovative. “The idea of the label came from being inspired by the ethos of the early days of dubstep” say the team behind it. “The music being a very family oriented cultural movement within local clubs, DJs and music lovers coming together to celebrate and embrace the new sounds being created.” Like the party of the same name and their Soundcloud Podcast series ‘CommaCast’, the label will deal with in a range of musical styles and will kick off with a launch party on 15th March 2019, at Rolling Stock in Shoreditch, London, with all artists playing.

Doncaster based Mehlor is first up, an arist with eight years in the game behind him and several solo EPs with a number of established labels. His deep delight ‘In Detroit’ oozes the machine soul of tracks from the Motor City, with future facing synth work, perfectly reduced drums and a fluid sense of machine funk of the highest order. Jake Flory is a music fanatic who has a big social media following already, is releasing on iO (Mulen)’s Hoary imprint and is working on a new live show for 2019. His ‘Try This’ is another classy and spaced out bit of stripped back house. Swirling pads, punchy kicks and astral atmospheres make it prime dancing material with a real sense of character.

Matt Wills is another up and comer with a burning passion for underground music. His ‘Timepiece’ is a brilliantly programmed affair with busy but subtle drums, metallic hits and a microcosm of neon synths that are as cerebral as the drums are physical. Finally, S.ONN—a DJ with live show plans for the future—marks his first ever release in style with ‘B Baby.’ It’s a brilliantly chunky track with kicks that make you move. It oozes a slick minimal house style that rules in hotspots like Berlin, with deft synths really permeating your soul.

Spiritchaser ‘I Remain’ on Guess Records