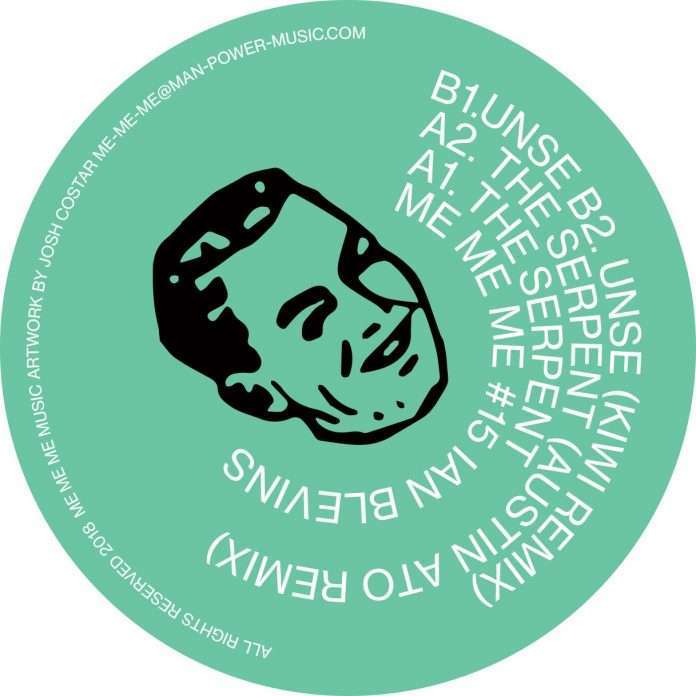 Man Power’s Me Me Me signs up long-time friend Ian Blevins for his long overdue label debut. Blevins’s originals are backed by stellar remixes from Austin Ato and Kiwi.

Blevins hails from the North East of England and has released on ESP Institute, Futureboogie, Not An Animal and Culprit. The prolific producer was a long time resident of the legendary We Love Space in Ibiza and is an enduring favourite on the UK scene with plenty of musical tricks up his sleeves.

“Both tracks on offer showcase the mongrel sound that I hear coming out of the North East region,” Says Man Power. ”Partly tough, partly playful, not simply techno, not simply house, and certainly nowhere near the most common contraction of the two words.”

Innovative opener ‘The Serpent’ is a suitably snaking, slithering groove with acid twitches, rubbery drums and raw percussive energy. It pings about in dynamic fashion and really keeps you on edge. First up to remix, Austin Ato makes his return to the label after his huge ‘The Sound Of’ EP in summer 2018 and gives further credence to Man Power’s suspicion of his impending super stardom. He takes the ‘The Serpent’ on a luscious and deep trajectory that would make Larry Heard proud.

The second standout original is ‘Unse’, a dark stomper with cosmic rays that strike right to the heart of the dance floor. It’s menacing and absorbing music that is steely and unlike anything else. To remix is 17 Steps regular Kiwi, who is responsible for two of Man Power’s favourite tracks of 2018. Here he continues his run of astounding form while taking ‘Unse’ in a tougher and more robust direction that will really make you sweat.

As ever this is a brilliant and stylistically diverse package from Me Me Me.