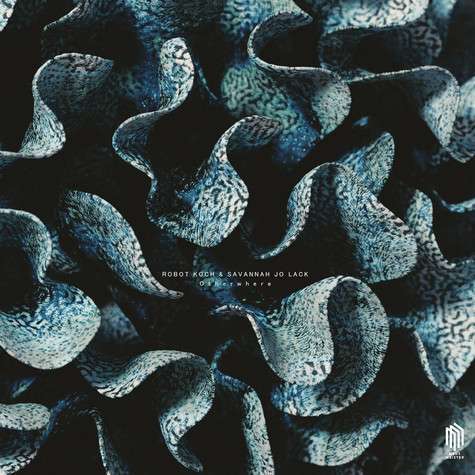 Complementarity, the kind where ideas meet,merge and materialise into something new, is something truly special and often the most sought-after effect of an artistic collaboration.

This synchronicity was not unfamiliar to Robot Koch and Savannah Jo Lack, who had successfully worked together on an album in the past, but for their newest EP, Otherwhere, both artists were venturing into uncharted territories; the duo would be joined by an orchestra. 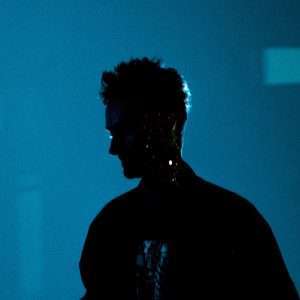 Approached by Neue Meister label to be a part of its concert series by creating a special piece with the the Deutsche Kammerorchester, Koch was immediately eager to bring the Australian violinist and composer as well as long-time friend, Lack, onboard. Back in 2016 both artists paired up for the album “Particle Fields”, an acclaimed release which proved that their distinct sounds, Koch’s electronic and cinematic productions and Lack’s lush string compositions, complemented each other. But this time around, there was also an Orchestra to be considered, “Some of our usual approaches to recording were not available, so we other times, Koch would experiment on the piano and Lack would complement his idea with the strings, “we both fed each other’s ideas and bounced them back and forth,” explains Koch, “What took some time was the actual orchestration 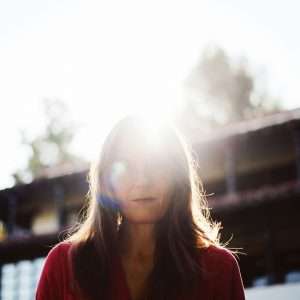 part, creating the sheet music for the players, which was masterfully done by Savannah.” The symbiosis between the artists also meant that they would venture out into each others musical worlds. Rather than Koch keeping to the electronic and leaving Lack to the acoustic arrangements, he would create some of the sound design elements from the actual orchestra recordings, “it’s a real fusion rather than superimposing strings over a prewritten electronic track,” explains Koch.

The resulting 5 tracks on the EP are an amalgamation of these talents and ideas. In the track ‘Light through a canvas’ Lack’s classically informed violin soars over Koch’s futuristic and dark backdrop, culminating in a dramatic furor only befitting of an orchestra. ‘Steam’ is a personal favourite for both artists, perhaps for synthesizing their working relation and expressing their complementarity so well, “I wrote the original idea for that on the piano. It has a certain simplicity to it that I like while creating a very distinct atmosphere inspired by artists like Eno and Lenois or Harlod Budd,” says Koch of the track. “Robot’s piano sketch was so alive with mood for me, that the strings just kind of ‘knew’ what they wanted to do to serve that arcand vibe,” adds Lack.

All throughout the EP, the combination of Koch’s electronic production with Savannah’s strings yields a certain tension within the listener – there are moments of heart-tugging comfort and moments of eerie displacement.Delving into these opposing feelings of safety and unfamiliarity is not new for Koch, the composer often juxtaposes the organic with the synthetic to provoke both intimacy and alienation, humanism and futurism, “I’m fascinated by the unknown. it’s were very conscious of writing in a way that served the ensemble,” explains Lack.

Otherwhere is a work of synergy both in its compositions and execution. Koch and Lack’s sensibilities not only magnify one another but also give an added vibrancy to the sound of the Deutsche Kammerorchester, “The album, for me, is a meeting of minds, hearts and methods of composing. It juxtaposes very visceral, instinctual musical choices with more cerebral approaches to creating mood and feeling,” says Lack.

“The creative process behind Otherwhere was contained in a specific time-frame. Once the material had been written, Koch and Lack had three days of rehearsal with the orchestra before a live performance in Berlin, with the album being recorded on the third day. Writing the music flowed organically – sometimes Lack would propose an idea for a string composition which Koch would add layers of sub bass, percussion and synths to. At something that excites me rather than scares me,” explains Koch.

In Otherwhere, this tension is only heightened by the orchestra. Perhaps it is unsurprising that both Koch and Savannah are fans of, and were inspired by surrealist art, where distinct shapes and figures melt and morph into one another to form bizarre and intriguing worlds, “I discovered Leonora Carrington’s work in 2010. There is a dark mysticism in her paintings that really resonated with me,” tells Koch “I love her creative depiction of dreams, ghosts, and surreal creatures, all rooted in legends and magic of ancient cultures.”

As the very name of the EP suggests, Otherwhere is based on this fusion of different ideas and concepts in order to create something new, strange and alluring. Putting the worlds of classical and electronic music in an open dialogue was a means both artists found to achieving that, with Koch and Lack’s Complementarity making the fusion all the more exciting, “I think our mutual willingness to let go of the expected restraints of our genres lets us collaborate in a very sympathetic, organic way,” says Lack, “Basically, we are striving for the most moving, most interesting way to express a Particular emotion or musical idea.”

Dorian Concept announces new album “What We Do For Others”, Listen...