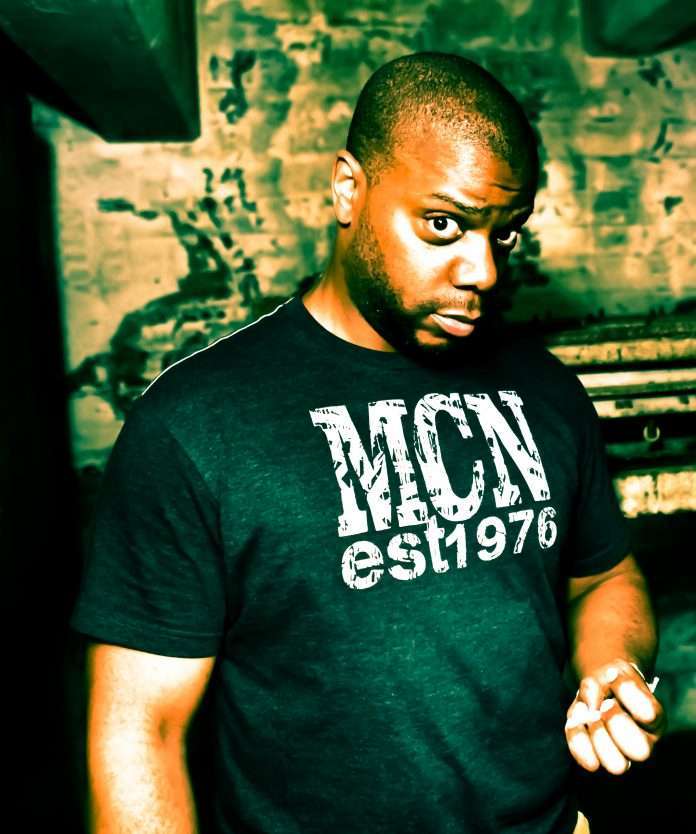 Sons of Experimentation and War (Cristian Vogel Remix), from ‘The Proud Traitor’ released 28 February on EPMmusic.
At the end of 2019 EPMmusic released ‘The Vision’, the first EP by Techmarine Bottom Feeders, a new conceptual project that sees Paris the Black FU from Detroit Grand Pubahs working alongside Luxus Varta. A second extended player, ‘The Proud Traitor’ will be released at the end of February and like the first EP there are still some Electro leanings, although this time the focus is on experimental Techno, IDM and breaks, accompanied by stunning remixes from UK innovator and techno maverick, Cristian Vogel, plus Italian experimental sound design duo, Dadub.

Paris the Black FU’s love of science fiction spawned at an early age. His imagination was piqued after seeing the covers of novels his father was reading at the time and he soon began imagining his own stories, like that of the Techmarine Bottom Feeders. Over the years the TBF story has grown and mutated, but Paris still didn’t have an outlet for it. Nevertheless, other projects he worked on like Detroit Grand Pubahs’ 2007 release ‘Skydive From Venus’ touched on the back-story in his mind’s eye, while US politics and developments in modern life like the commercial introduction of GM food helped to shape it.

Which leads us to the Techmarine Bottom Feeders story. A world where genetically modified food begins to affect the population physically (not the rich who can afford not to eat it, but the poor, the masses), altering their DNA permanently. Those people start to feel more comfortable in water than on land and a community of those affected decide to return to the seas. They become the first Techmaridians. Other troubles and tensions follow with those people left on land, as well as a government who wants to control them.

More will be revealed on release of the Techmarine Bottom Feeders concept album, ‘Boanerges And The Watery Deep‘ (due in April) which is the soundtrack to this story featuring heroes like The Sons Of Thunder (twin boys born as 2nd generation Techmaridians) and other characters like The Proud Traitor and his son, The Vision.