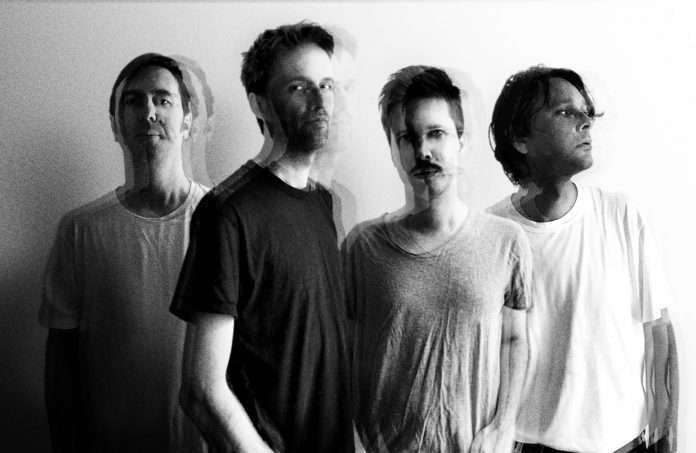 As one of Australia’s most successful exports, with a career spanning nineteen years, five acclaimed albums and countless anthems, Cut Copy’s beautiful return with ‘Love Is All I Share’ was a much-needed reminder for our common need for connection in isolation. The second single ‘Cold Water’ retains a fond danceability only Cut Copy can replicate between fans. Every part visceral, as implied, frontman Dan Whitford’s voice lifts and carries on top of stoic chiming machine melodies that lap and flow, echoing, “All I need is you”.

The beloved band has today shared the third single from their upcoming LP, ‘Like Breaking Glass’. Dan Whitford says of the single: “In the beginning ‘Like Breaking Glass’ started out as a completely different track. Before one weekend I was mucking around in the studio with just a drum beat and an acid bassline. I never managed to finish it, but when I came back to it the next week there was something about that beat that felt compelling, so I started writing a song over the top of it. It is about the conflicted feelings of a relationship that has begun to unravel. Where sometimes against all logic, you discover that affections run deep just as a break up becomes inevitable.”

Cut Copy’s forthcoming album, ‘Freeze, Melt,’ is highlight of the band’s highly prolific career. It’s a body of work that showcases the group’s expansion, while maintaining a legacy that stands out in modern electronic music. Written during an especially cold Scandinavian winter when Whitford decamped to Copenhagen, the collection takes an evocative turn, finding slowed meaning and influence from the emotional manipulations that feed into their work but have never taken centre stage; ultimately shaping a headier journey inward, while lyrically exploring love in strange times. After returning to Australia and being joined by his band-mates at Melbourne’s Park Orchard Studios to enhance and complete the recording, the record’s sense of place was further enhanced by the mixing contribution of Swedish legend Christoffer Berg (Robyn, The Knife), finishing the record in Svenska Grammofonstudion in Gothenburg. The result, ‘Freeze/Melt’, is a treat for the mind as well as the body.