Global supergroup Swedish House Mafia have teamed with iconic superstar The Weeknd for a new single and video “Moth to a Flame,” available now via Republic Records. The new song, initially teased during the trio’s landmark performance at the MTV VMAs pre-show, marks the band’s first new music since announcing their reunion this past July with a pair of new singles “It Gets Better” and “Lifetime (feat. Ty Dolla $ign & 070 Shake)” that arrived alongside a cover story for Billboard Magazine and a special performance of both songs on The Tonight Show With Jimmy Fallon. The trio of songs continue to build anticipation toward the band’s forthcoming full length Paradise Again, slated for release early next year with a Special Tour Edition CD pre-order available now  that unlocks exclusive pre-sale tour tickets.

In conjunction with the new single, Swedish House Mafia have announced an international tour for 2022 produced by Live Nation, their first proper run since 2012. Long revered by fans for their bombastic live performances, the band’s previous outing, “One Last Tour,” sold over 1,000,000 tickets. The 2022 jaunt will follow the trio’s just announced performance at Coachella 2022 and includes arenas across the United States and Europe – full dates below.

Tickets go on sale to the general public next Friday, October 29th at swedishhousemafia.com , with the Special Tour Edition CD pre-order pre-sale beginning on Wednesday, October 27.

The band have also just been nominated for awards in both the Best Electronic and Best Nordic Act categories for this year’s MTV EMAs, being held in Budapest on Sunday, November 14th. They celebrated the momentous week with a special takeover episode of The Weeknd’s Apple Music show Memento Mori show last night, listen here. 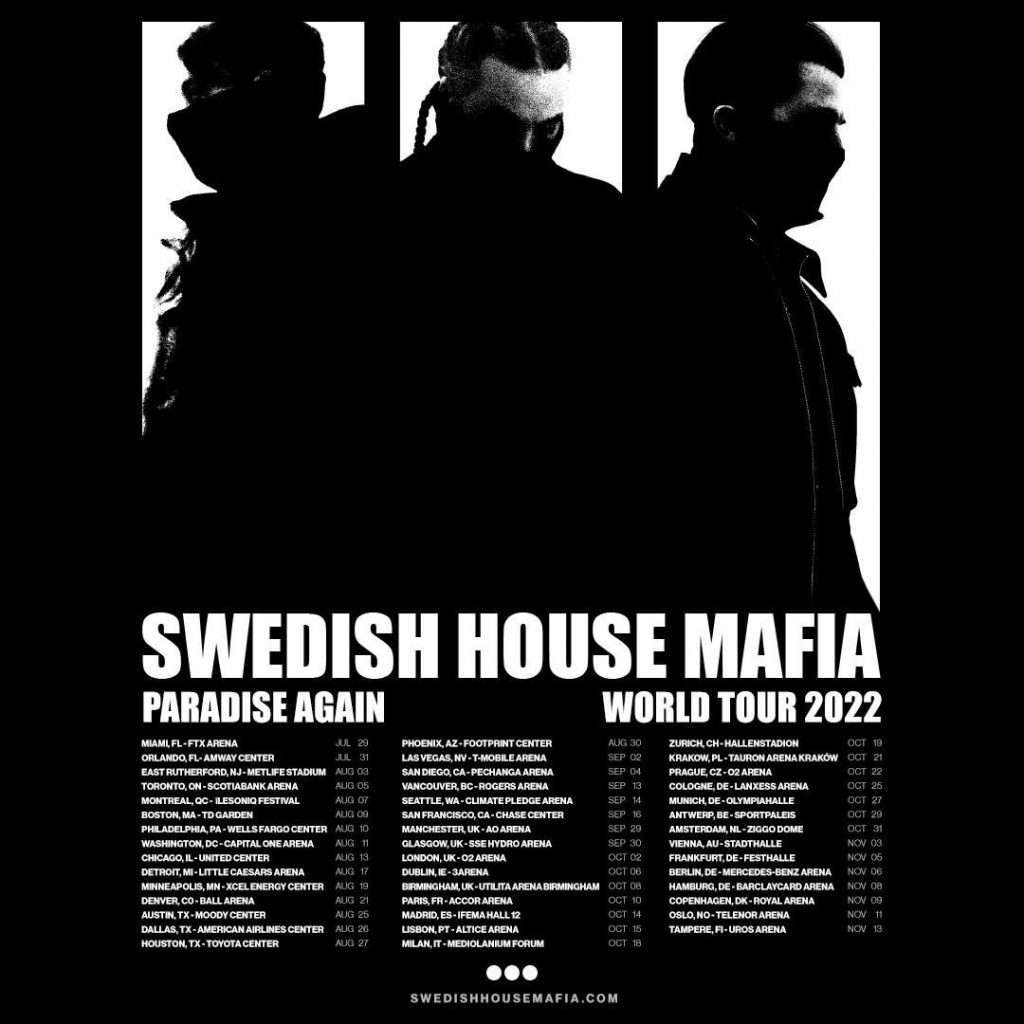