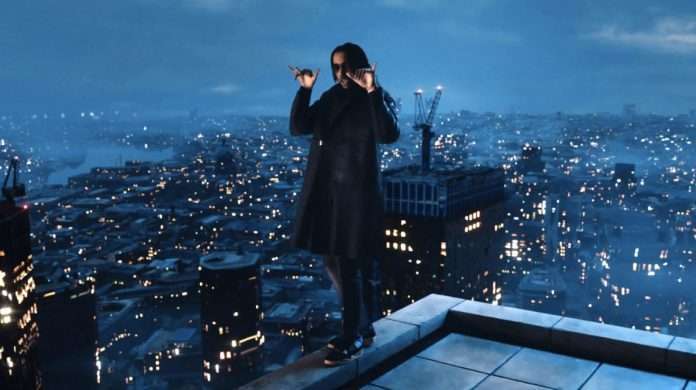 After a brief hiatus, AJ Tracey has shared his brand new offering “Anxious”; his first solo single in over a year. A hard-hitting, atmospheric cut, “Anxious” arrives in the wake of a phenomenal run of six UK top-5 singles in the past 18 months for the West London star. Produced by Remedee, the new single marks a notable change of pace, and a bold statement of intent, speaking on the varying emotions felt by AJ in his current position.

The accompanying cinematic visual, directed by KC Locke and AJ Tracey, sees AJ running a commentary on his life and the opinions of those around him: a deluxe dinner at Novikov is followed by a shopping spree with his jeweller, and a night-time drive around London, before AJ steps perilously but defiantly onto the roof of a skyscraper; a stunning visual moment. Showcasing AJ’s ever-growing versatility and inimitable lyricism, it’s a highly anticipated offering from the West London rapper, who has hinted on his socials that we will soon be blessed with his second album.

AJ Tracey is a man on an unstoppable, independently-built trajectory. 2020 was his biggest year to date, with single “West Ten” alongside Mabel, (Gold) landing in the wake of chart-scaling “Dinner Guest” ft. MoStack (Platinum), #1 charity single “Times Like These”, (alongside Dua Lipa, Rag & Bone Man, and The Foo Fighters), and the Platinum-certified TikTok sensation “Rain” with Aitch, which went on to become the most watched UK YouTube video of 2020. AJ capped the year by featuring on Headie One’s enormous anthem “Ain’t It Different” alongside Stormzy – a track that peaked at Number 2 in the UK singles chart, and is now also certified Platinum.

In 2019, AJ released his debut self-titled album, which after landing at #3 in the UK Official Charts, has gone on to clock over 350 million streams globally, and is certified Gold. His Conducta-produced breakout hit “Ladbroke Grove” was officially the top selling independent single of 2019, spending an astounding 14 weeks in the UK Top 10, and is now certified Double-Platinum (over 1.2 million sales). It was nominated for a BRIT, was named Best British Song at the NME Awards, and is now incredibly the biggest-selling UK Garage record of all time. AJ rounded off a huge 2019 with two sold-out headline shows at London’s 10,000 capacity Alexandra Palace.

Now boasting over 1 billion global streams independently, AJ has truly cemented his place in the UK’s top tier of musical and cultural icons. 2021 promises to see this formidable talent scale to even higher heights.