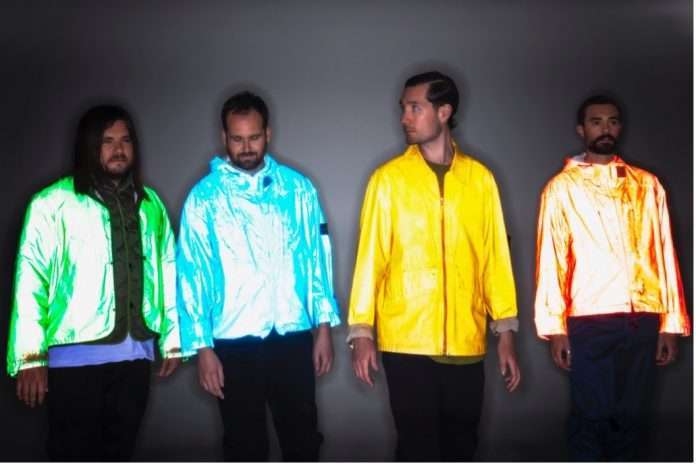 Today, GRAMMY®-nominated and multi-platinum selling band Bastille unveils their new song, “Give Me The Future,” from their upcoming fourth studio album.

The song is featured in the Jeep brand’s new campaign video, “Life Electrified,” out today

“Give Me The Future” stands out as classic Bastille through and through. Cavernous production echoes, as synths juxtapose an airy beat. The vocals paint a sci-fi-inspired picture, recalling imagery from Blade Runner and beyond. It all builds towards a spacey and soaring hook, welcoming whatever looms on the horizon along for the ride. As always, Bastille represents the future. Earlier this week, the Jeep brand revealed a portion of the song in a shorter campaign video, which had Bastille fans going wild, guessing the song title and release date.

Of “Give Me The Future,” frontman Dan Smith says, “‘Give Me The Future’ is a song about plugging into endless possibilities. Literally, feels like everything is out there for the taking, all tastes catered for. The spaceship sound at the start? It’s us crash landing in the future. The reality we live in at the moment was the science fiction of not that long ago. Take a film like Minority Report. The technology in that seemed so far off, a fantasy. But it’s here, we’re way beyond it already. Had someone told you that 20 years ago, when the film came out… you’d have laughed. Or been terrified.”

Last month, Bastille returned with their latest single, “Distorted Light Beam”—listen HERE . The song, a gleaming, metallic rush of retro-futuristic pop, was co-written and co- produced with Ryan Tedder alongside the band’s long-time collaborator Mark Crew. It marks the beginning of a new chapter for the band—one that revolutionizes their sound—and hints at a new sonic and visual world to come. “Distorted Light Beam” was released alongside a cinematic official video starring British actress Remmie Milner from the BAFTA-winning series, Save Me. Set in the future, the video sees a newly developed immersive technology, “Futurescape,” created by pioneering global tech entity, Future Inc., transform life as we know it. Not to mention, “Distorted Light Beam” currently sits in the Top 25 at Alternative Radio, as it continues to fly up the charts as the #3 greatest gainer this week.

As Bastille embarks onto this new chapter, the band is set to perform new music on Good Morning America’s Summer Concert Series on August 23rd—be sure to tune in!