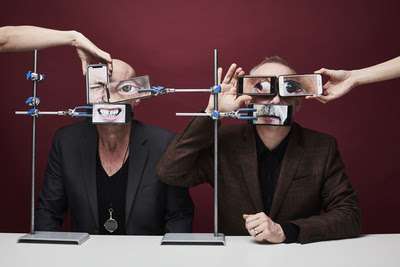 Electronic music pioneers Orbital have been busy on the summer festival circuit as they prep for their first new LP in 5 years “Monsters Exist” to be released on 9/14. But that hasn’t stopped the duo from finding the time to re-connect with another famed underground dance music authority – 3 X Grammy Award winner Steve Dub 3 X Grammy Award winner Steve Dub, who’s widely known widely for his work with brothers from another mother…The Chemical Brothers. The result is a “darker translation” of their politically-infused single P.H.U.K.