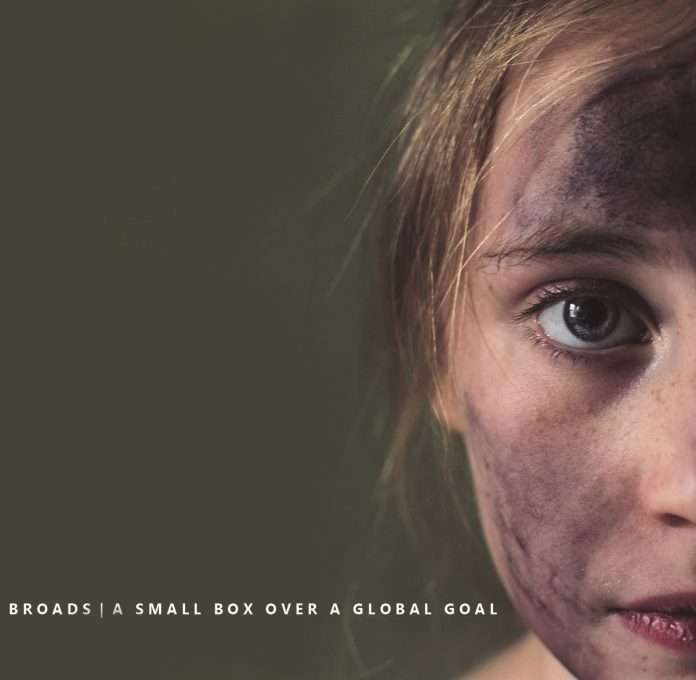 Broads – A Safe Space In Us
Norwich-based electronic duo Broads (James Ferguson and Mark Jennings) return with their fifth album in the spring, but for now they present the first single from that 11-track album. A Jennings-penned track titled ‘A Safe Space In Us’, it features maddening, stuttering arpeggios and a (these days) rare vocal performance from Ferguson.

Like its predecessor Field Theory, A Small Box Over a Global Goal showcases a breadth of focus and influence, ranging from erratic washes of noise (‘Glass Top’) to the shimmering pop arpeggiations of ‘Gold Focus’ and first single ‘A Safe Space In Us’, via slow-motion ambient drone (‘On a Hillside’) and skittering, undulating electronics on ‘Jugemu’.

Beginning as the solo project of James Ferguson in 2013, Broads quickly caught the attention of respected Russian experimental/electronic label Fuselab, who released 2 albums (2014’s self-titled debut and 2015’s landmark Hellas LP). Following a third album Everything Is Spinning, Nobody Is Actually in Charge in 2016 Ferguson recruited long-time live collaborator Mark Jennings as a permanent member of the band and set about writing as a two-piece – culminating in 2018’s Arts Council-supported Field Theory album.

Broads have shared stages with the likes of Mercury Rev, Plaid and JOYFULTALK, have been championed by BBC radio (particularly on Gideon Coe’s 6Music show), and the two-piece have been commissioned to write two archive film live soundtracks for the British Film Industry. Field Theory received great reviews and airplay on over 150 radio stations across the globe. 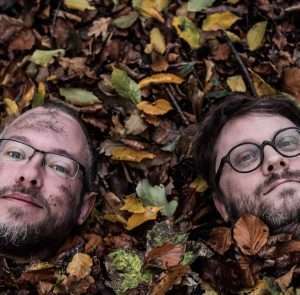 “I guess it’s a bit more stripped down than Field Theory, more… pure” explains Ferguson. “We involved a lot of guests and collaborators on the previous record, but ‘A Small Box Over a Global Goal’ is just Mark and I bouncing stuff off each other, exploring ideas and honing in on a sound that defines Broads – for now, at least. [producer] Owen Turner helped us to unify everything, and I think it’s our most cohesive and focussed album to date”. The result of that cohesion is a slowly-developing set of tracks which evolves fluidly across its 47 minute running time. “There are still surprises and twists and turns on the record, but it feels less haphazard than previous albums – I think we deliberately set Field Theory up to be in opposition to itself in places, and A Small Box Over a Global Goal’ is the antithesis of that.”

One central theme of the album is mental health support and self-help, as Jennings explains: “I used writing ‘Glacier’ and ‘Glass Top’ to get me out of two bad episodes I had – they came from trying to visualise and confront the episodes whilst they were taking place and the images just came with sounds. I kind of ended up soundtracking the place I was imagining and making the songs got me through. The lyrics on ‘A Safe Space In Us’ are influenced by my experiences on mental health education courses and overall the album has a strong positive mental health connection for me.”

Although Broads’ sound palette has developed considerably over 6 years, the band’s unifying principles of repetition, incremental build, careful texturing and layered melody have remained constant. A Small Box Over a Global Goal is their most electronic-focussed offering to date, but it retains the analogue, human feel that has gained admirers across the UK and beyond.

Broads will be launching the album with a very special show at The Octagon Chapel in Norwich on Friday, March 1, followed by a short run of UK dates. A Small Box Over a Global Goal will be released on Humm Recordings on March 1. For now, the first single ‘A Safe Space In Us’ (b/w new track ‘Roadside Family’) is available for download and the album can be pre-ordered via Bandcamp.