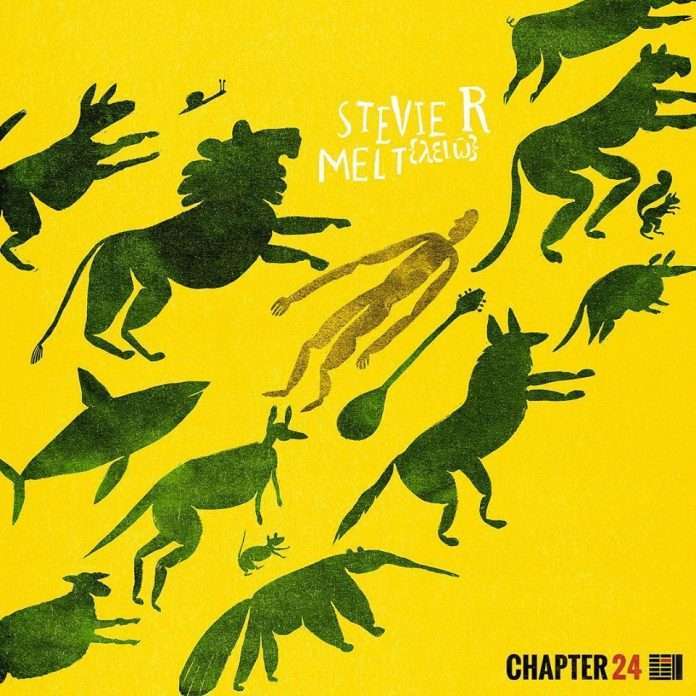 Musician and producer Stevie R makes a welcome return to Chapter 24 Records with his Melt album, in which he showcases a desire to bring back ‘rebetiko’ – the little known, underground ‘blues’ music of his native Greece, music that was often outlawed due to its anti-establishment themes. As its name suggests, Melt is a melting pot of sounds and an intricate journey through the musical cosmos, an enticing and alluring soundscape that captivates the listener and invites them along for the ride.

“’Melt’ is the story of 13 animals trying to go to space. Each animal is a figure in the artist’s life, accompanying the others on the difficult journey. Nobody knows where space is, what it looks or feels like. To me, space is where our fears disappear, our loved ones stand beside us, and the fights in our mind cease. Nevertheless, there is a different journey for each and every one of us, our Universe is unique and the animals always look different; in this journey we travel alone.” – Stevie R

Melt is Stevie R’s platform to bring the rebetiko music that he was raised on, sounds that he believes are a real healing tool, to a wider audience. On the album he worked alongside the Egyptian poet and glitch producer CERPINTXT and Turkish singer/songwriter Djanan Turan. The album unites the music from his childhood with music from Greece’s neighbouring countries – Egypt and Turkey.

Listen : The Cinematic Orchestra release the second single ‘A Promise’...