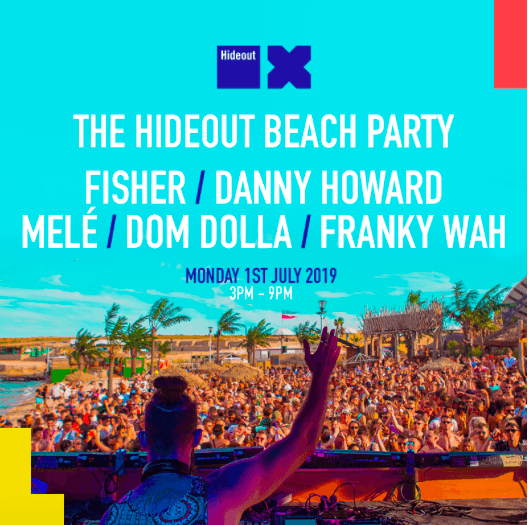 Today much loved Croatian festival Hideout announce the return of their sun soaked beach party on the idyllic Adriatic coastline, with an all star line up to match. Adding to the already impressive programme, Hideout are pulling out all the stops for 2019 and are welcoming FISHER, Danny Howard, Melé, Dom Dolla and Franky Wah to kick off the week long festivities straight from the beach.

First up is one of Australia’s much loved, and Grammy nominated, artist’s FISHER who will headline the beach party. The former surfer turned producer heads back to Hideout with a bag packed full of the most forward thinking house cuts. Starting his career with debut release ‘Ya Know’ on pioneering label Claude Von Strokes label Dirty Bird, FISHER has been rising up the ranks over the past couple of years. Now known best for his summer anthem Losing It, which has since gone on to win a Grammy, the LA based DJ will treat ravers to a marathon in house and techno. 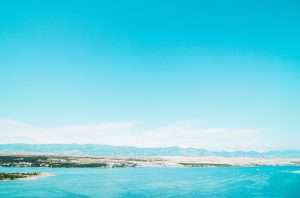 Long term friend of Hideout and Radio 1 DJ Danny Howard will also join FISHER on the beach. With a career in not only DJing, but presenting and producing, Danny has become a key taske-maker within the electronic music scene and will provide a sun splashed soundtrack to the beach party, full of the newest summer anthems.

Northern powerhouse Melé, whose sets blur the lines between house, techno and hip hop seamlessly, will also make a return to Zcre Beach. His productions have seen releases on the staple Defected Records as well as key underground jackin house label Unknown to the Unknown. A well known face to the summer festival circuit, Melé sure isn’t one to be missed.

Elsewhere, also flying the flag for Australia is Dom Dolla, one of the countries rising electronic stars who has been pushing the boundaries in house and techno in recent years. He will touch down in Croatia alongside Franky Wah, Yorkshire’s favourite disco tinged house DJ, who will make his hideout debut. 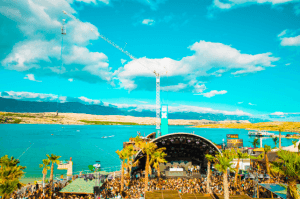 Flight packages are also available to make the trip even easier with options flying from London, Manchester, Birmingham, Bristol and Dublin to Zadar or Split at very competitive prices. More info HERE.

Make sure you don’t miss out! Now is the time to lock in your place at Europe’s leading electronic music favourite before tickets and the best packages sell out.