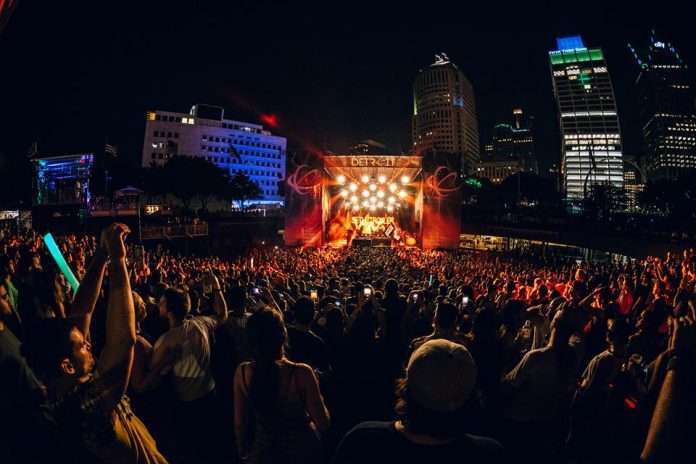 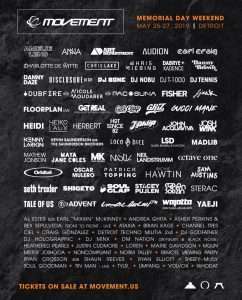 Day 1 (Saturday, May 25): Homegrown yet internationally known, the Detroit Love showcase returns to the Stargate Stage. Carl Craig has curated a lineup only possible in Detroit, with Kenny Larkin and Octave One performing live, and DJ sets from Seth Troxler, Stacey Pullen, and local legends Al Ester and Earl ‘Mixxin’ McKinney going back to back.

Day 2 (Sunday, May 26): Swedish-producer and live performance master Sebastian Mullaert brings his acclaimed Circle Of Live concept for a special pop-up performance. He will be joined by multi-instrumentalist Mathew Jonson, Techno luminary VRIL, and legendary Detroit musician Amp Fiddler for a one of a kind experience, where collaboration and ingenuity will coalesce to form music that has never been heard before. Location information will be announced closer to the festival.

Unifying technology and the dancefloor, the PLAYdifferently curated lineup on the Pyramid Stage is pulling out all of the stops. Founder Richie Hawtin is joined by ANNA, Ukrainian star Nastia, the indomitable Chris Liebing, and Detroit’s own Asher Perkins & Rex Sepulveda making the festival debut of their new live show, all with the MODEL 1 mixer at the center of the action.

Known for intrepid curation, Origins will be taking over the Stargate Stage on Sunday, May 26. A healthy Detroit injection comes from Andrea Ghita, Ataxia, Norm Talley, and Women on Wax founder DJ Minx. International stars Fisher and Patrick Topping set the stage for Kevin Saunderson and his sons, The Saunderson Brothers, going back to back.

Day 3 (Monday, May 27): To launch their 20th-anniversary celebration in 2019, Ghostly International continues its longstanding partnership with Movement by helping curate the Red Bull Presents Stage. The event features live performances and DJ sets from some of the label’s artists like Audion and Shigeto, alongside favorites beyond the roster, including Yaeji and Madlib.

The full lineup, in alphabetical order by stage, is as follows:

Movement 2019 3-Day Weekend and Daily Passes for both GA and VIP are available for purchase at www.movement.us. Payment Plan options are also available.
https://www.facebook.com/movementdetroit/