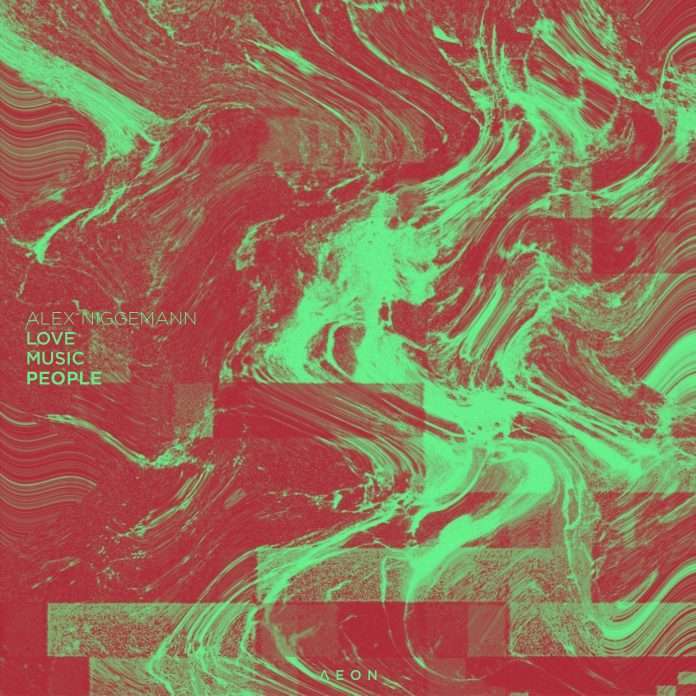 AEON continue their phenomenal start to the year with an EP from label founder Alex Niggemann. Due for release this April, Niggemann invites the inimitable Lauer to provide a remix.

Love, Music, People proves how Niggemann is “always trying to push [himself] and the label forward stylistically”. The lead track demonstrates the “more Italo and house influenced sounds” that the AEON boss has reignited his passion for recently with its bounty of synths, prominent drums and robotic vocal stab. As well as performing and producing under his Tuff City Kids alias alongside Gerd Janson, Lauer has released music on Running Back, Futureboogie Recordings, Live At Robert Johnson and Permanent Vacation. Niggemann explains that “adding a mix from the very talented Lauer was an obvious choice”. On his take, he stamps his unmistakable sound on it with light, uplifting synths and adding a deep groove to the bass. On closing track Rise Of The Machines the Italo influence shines through once again with its driving bassline, weighty drums, bubbling synths, mechanical elements and a hint of cowbell.

Since breaking through in 2006 with his remix of Booka Shade’s Darko, Alex Niggemann has continuously impressed with a slew of hits on seminal labels including Crosstown Rebels, Last Night On Earth and Mule Musiq, as well as his own AEON imprint. Niggemann launched AEON in 2013 and the label has played a huge part in developing the careers of artists such as Denis Horvat, Speaking Minds and TVA. As well as the releases, AEON is now a globally renowned brand throwing regular, sold-out parties. Recently celebrating its fifth year in the business, 2019 will see the label continue to grow with a number of EPs and events already lined up.