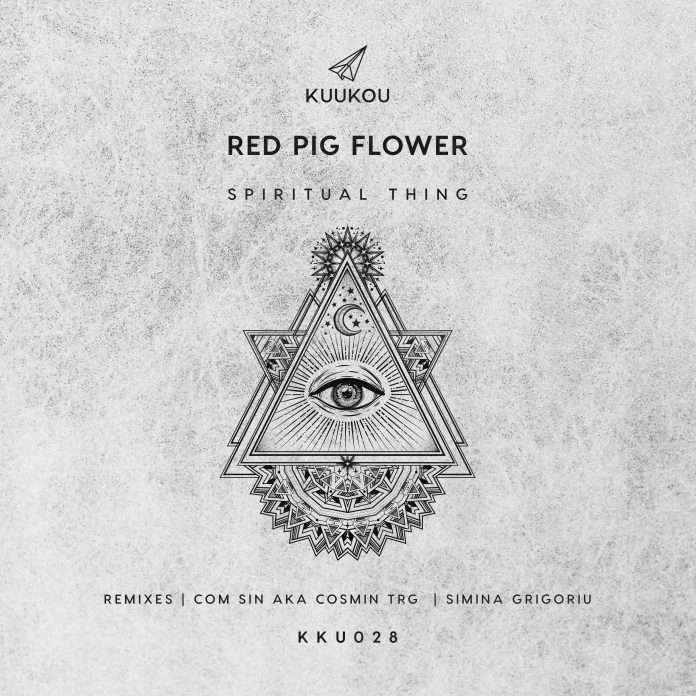 Red Pig Flower offers up her ‘Spiritual Thing’ EP via Kuukou this June, featuring two original tracks from the Korean-Japanese artist and remixes from label-head Simina Grigoriu and Cosmin TRG.

Berlin-based producer and DJ Red Pig Flower has been climbing the ranks over the past decade, making her mark as a force to be reckoned with in the minimal house and techno scene, releasing material via Baile Musik, Unclear, Vandalism and of course her own highly acclaimed Sound Of Vast imprint.

The second original ‘Ghost’ follows, laying focus on bubbling percussive hits, swinging drums and metallic chimes whilst resonant low-end pulses and growling bass hits ebb and flow within. Simina Grigoriu then rounds out the release with her rework of ‘Ghost’, fuelled by an arpeggio bass line and a driving rhythm.