Tatu Metsätähti and Tatu Peltonen formed their electro duo Mr Velcro Fastener in the small town of Turku, Finland back in 1995. In 1999, after a couple of twelve inches, they released their first full length album ‘Lucky Bastards Living Up North’ on i220, which was well noted (not only for its hyper colourful cover art by the Designers Republic). The album took the duo touring in Europe and overseas, and led to further releases on labels like Stars-Music, Ali B’s Air Recordings, Solina Records, Cyber Dance and of course Billy Nasty’s Electrix, as well as remixes for the likes of Hardfloor, Marco Carola, DK8, Transparent Sound and Aux88.

Returning to Electrix with their third full EP for the label (and a gap of 13 years!) they have delivered their own unique and recognizable electro sound with two new cuts. ‘A Monster in Two Worlds’ with its electro-funk sound, classic vocoded vocals and grinding groove is a perfect opener, while ‘Bakteriofag’ (bacteriophage in English) like its name, creeps up like a virus, infecting the senses with its crisp and shining melody.

Additionally, there’s remixes of ‘A Monster In Two Worlds’ from Silicon Scally (Carl Finlow in his electro guise) and M-Twelve (the new moniker recently launched by Billy Nasty and Surface’s Nick Dunton) to complete the vinyl line-up, with a bonus track on the digital version from Silicon Scally with his Instrumental Remix. 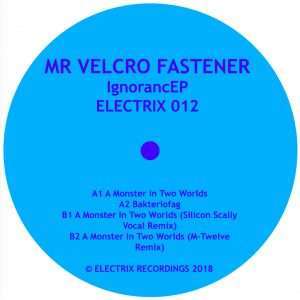