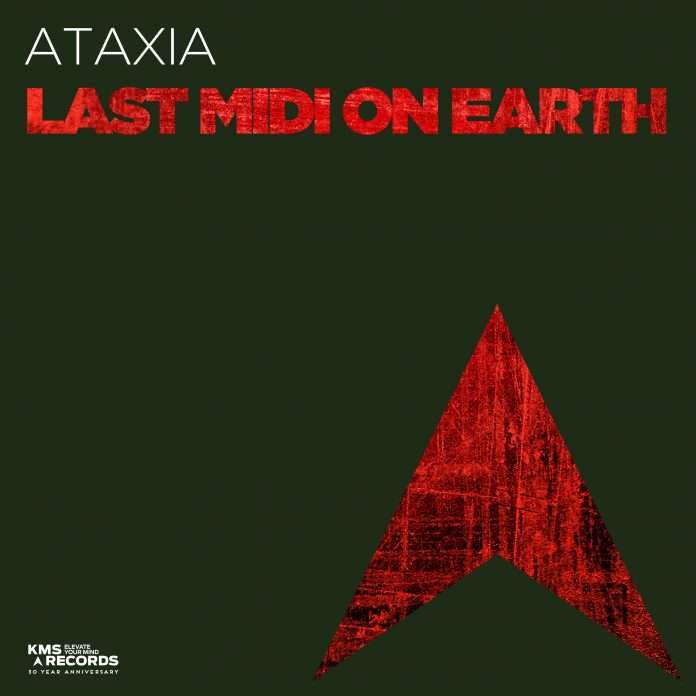 Ataxia are having a standout 2018 after big EPs on Play It Say It and Visionquest following other releases on Leftroom and Nervous. They are of course nine year residents at prominent Detroit venue TV Lounge and their fresh take on Motor City techno often comes with flashes of acid and makes cyber punks Ted Krisko and Eric Ricker one of the most interesting pairs in the game. They DJ all over the world, and between them run labels and do artist bookings for key venues in the US. The duo have had consistent press support, radio play from BBC Radio 1 and DJs like Seth Troxler, Jamie Jones and Marco Carola have included Ataxia music in their recent sets.

Up first is the restless and essential house track ‘Last Midi On Earth’, which has warped, rubbery bass wrapped round the high speed but slick drums. Sci-fi synths unfold up top and the whole thing is utterly absorbing and hypnotic as it urgently races along beneath a colourful night sky of dynamic and expertly crafted synths.

Then comes the equally innovative and timeless ‘Titled One’ which has a classic techno feel, warm dub chords and plenty of soulful and futuristic vibes. Filled with a sense of optimism and hope, it’s the sort of serene techno that only artists from the Motor City can conjure up, and Ataxia do it better than anyone.

This is a brilliant brace of tracks from one of Detroit’s most vital current artists.
Release Date:24-09-2018
Tracklist:
1. Last Midi On Earth
2. Titled One