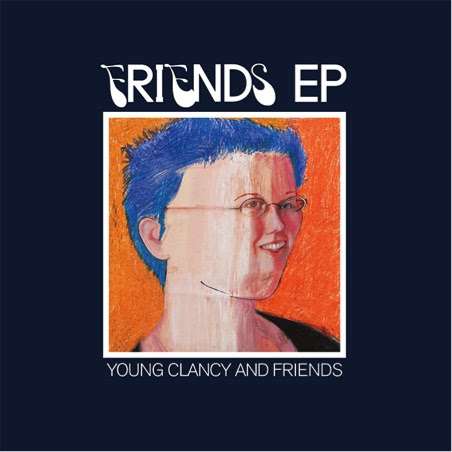 The impressive collection of tracks showcases Young Clancy’s unique talent for production – influenced by everything from Neil Young to Kanye West. The ‘Friends’ EP showcases collaborations with a host of talented musicians from the underground music scene over in Canada including Chris La Rocca, M.I Blue, Matthew Progress, Madee, Jonah Yano and Fredwave. Multi-instrumentalist Young Clancy has been a producer-to-watch having delivered the exceptional ‘The Young Prince of The Basement’ back in 2017.

Currently living In Toronto’s Hallam neighbourhood, Young Clancy and his painter andstylist wife Elise, have created one of Toronto’s key creative centres: in the form of a studio and vintage outlet at their home. In just a couple short years, Elise has amassed a client list of local photographers, creative directors and artists whilst downstairs, Clancy has penned sounds for Toronto’s most influential underground musicians. Visitors can feel the energy they’ve built around their home as soon as they walk in: a piano to the left, one of Elise’s paintings hanging on the wall to the right, and local rappers recording in the studio below. A community flourishing with the help of a man like Young Clancy and his wife, Elise.

The legendary Zongamin is back with his first original music in...