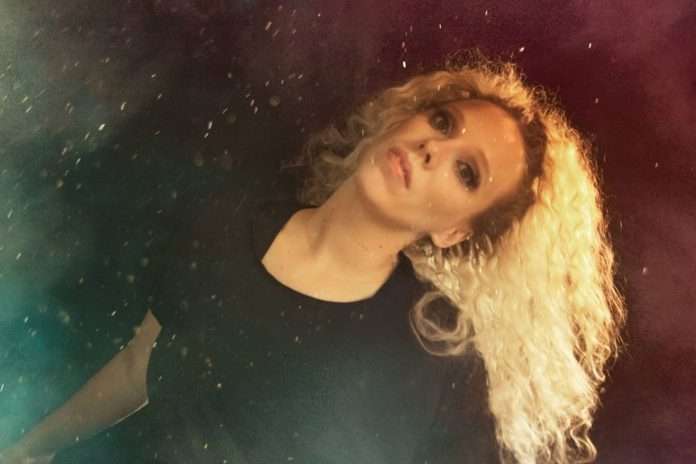 HunBjørn is ready with a new single, All The Red, a taste of her forthcoming EP “Next Summer”. The track is the follow up to her single ”Who Are We To Love” which was released earlier this year, March 1st and very well received by her audience as well as music blogs in both her home country Denmark, the UK and abroad.

All The Red is a song that calls upon reflection. Ethereal electronic pop with a message.
”All the red, is softened by your mouth
And all the tenderness, slowly peaking out
I hear a different tone in you”
(HunBjørn, All the Red)

All The Red is a song about finding yourself again. It’s about pealing off layers, slowly build by what you think other people expect from you, and about a reaching for the essence and core of what really matters for you. “All The Red” is a metaphor for anger, envy, stubbornness – all the negativity that we sometimes find ourselves in, when we forget to listen to our own voices.

“Originally I wrote the song to my boyfriend, who battles controlling his temper in stressful situations. But it ended up having a more universal message for myself as well, about the importance of listening to yourself, of not letting the outside world influence how and why you do what you do – of trusting your own process”, explains Ulla Pihl, who’s behind HunBjørn.

“If we are able to give time and room for new acknowledgements to flourish, I’m sure that the negativity and all the metaphorical red will be softened and replaced by a surplus of energy and understanding for others. Then is much easier to be open and more empathetic, to the ones near to you, but also globally speaking”.

HunBjørn moves in an electronic dream pop universe. Her sharp productions mixes the soft and vulnerable with a more raw and direct approach. Catchy synth lines and dreamy vocals. She has a strong talent for using new technologies in her branding and marketing of her music and rapidly grew an engaged fan base with her messenger bot called the “She Bear Bot” and an interactive behind-the-scenes experience that fans could join, with personal V-logs, hidden Easter eggs and exclusive live videos.

The name HunBjørn derives from the Latin origin of her first name Ulla, and means “a small she-bear” in Danish. The name is the incarnation of courage, vigour and feminine strength.

Tracks of the Week: Electronic ConnectFM 19