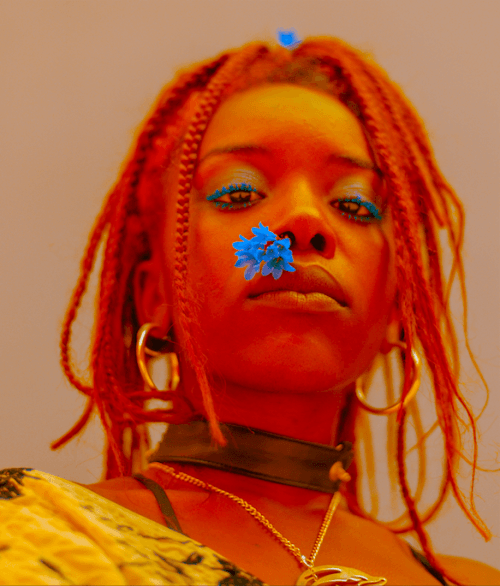 Today, the fascinating multi-talented Belgian newcomer Martha Da’ro arrives with her brand new single ‘Sugarman’. ‘Sugarman’ is the first single off Martha’s debut EP, and was inspired by the song ’Searching for Sugarman’ by Sixto Rodriguez.

“Lost kids they love the Sugarman, Sugarman is friendly, Sugarman got candy, candy that will take them far far away.” Martha : “This line is what the song is about. About how we often try to lose ourselves, hoping to find ourselves. And how an escape can quickly become a trap”, as she describes it herself.

Martha da Rosa Canga Antonio is a genre-bending, self-made, singer and actress. On screen, she broke through in 2015 with her rendition of Mavela in the notorious blockbuster ‘Black’, directed by Adil El Arbi, after which she was named one of the 10 European Shooting Stars during the Berlin International Film Festival and won numerous awards in Belgium. During that time, she was also part of the Belgian rap collective Soul’art, with whom she released a mixtape called Soul’Art & an Ep ‘Granny’s Res EP’.

Now, the Brussels-based artist is stepping forward as Martha Da’ro. At the end of last year, she released her first single, ‘Summer Blues’, a dreamy melancholic afro-pop track, in which she not only plays with different genres but also with different languages (French and English).

With just one song out she was able to captivate Belgian media and festivals; This summer, she will be performing at multiple leading Festivals including as Dour, Couleur Café, Gent Jazz Festival. She also opened up for Oscar Jerome in Paris and played her first London show in June 2019, all the while picking up new fans everywhere she goes.

Semba, hip hop, bossa nova, pop, gospel are just some of her influences and in her debut EP she finds a way to combine all of those different worlds. Stay tuned for more info.