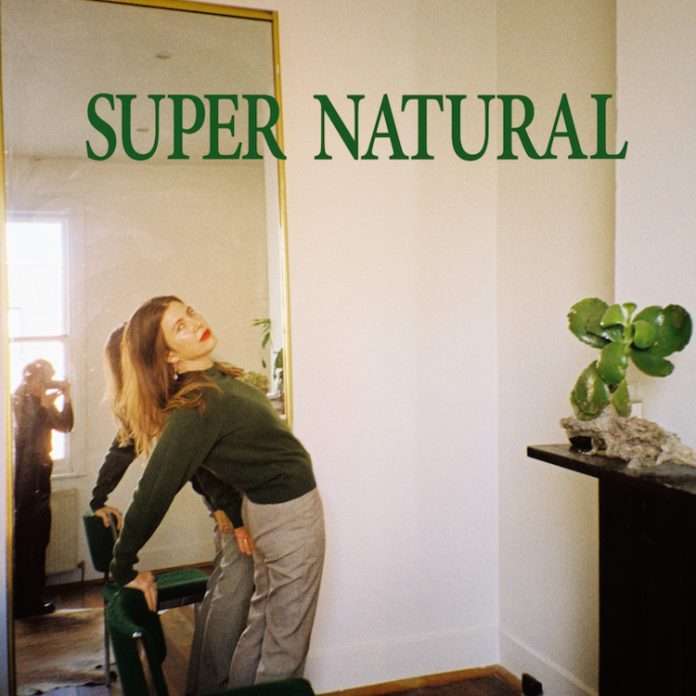 Super Natural is a spell spun by the inner guides: sometimes they have your best interests in mind but other times….you’re wanting it to go this way…

Jonnine’s songs swim in part-spoken, part-sung suspension, sophisticated wordplay amid languorous instruments and devotional invocations with allegorical weight. Imagined as a soundtrack to the surreal Venice-set feature film she and Zebrablood (Blazer Sound System / Psychic 9-5 Club) are destined to one day make together, it is a testament to eight years of friendship and musical / visual collaboration. Super Natural has a chimeric quality – fleeting and, like any good thriller, pulsing with potential but paced with restraint (as Jonnine says, “it’s what you don’t see that keeps you imagining”).

Jonnine’s first solitary offering carries the refinement of her work in the Australian band HTRK. With this EP, a creative block was overcome after years of being urged by her therapist to forge a solo musical identity. It began with a first attempt to play her brother’s broken stringed guitar, unused since 2001, and became these four songs. Written and recorded in Puerto Maldonado, Peru, Big Island, Hawaii and Dandenong Ranges,Australia

Starless and clandestine, the spoken-word delivery of “You’re Wanting It To Go This Way” is streaked with discordant guitar, tripped rhythm and sanguine, fluttering melodic ornament. A rapt rendering of self-sabotage, but patient and alluring, this introduction is reminiscent of Leslie Winer’s Witch.

The penultimate “You Can Leave The Vampires” is fettered by guitar from HTRK bandmate Nigel Yang against a moody, cautionary libretto. This collaboration yields ritualistic results as the object of the spell is appealed to break with an addictive game of chance by the overlapping mantras “If I can leave you / you can leave too” and “Please, you can be free”

With stories unlocked by the interior dreaming of Super Natural, Jonnine and Nigel’s collaboration as HTRK opened up and new material (their 2019 album,Venus in Leo) sprang forth immediately after.The inner guides may delude when kept quiet: their expression is a way towards healing, even their most haunted song.

A1. You’re Wanting It To Go This Way
A2. I Don’t Seem Myself Tonight
B1. You Can Leave The Vampires
B2. Scorpio Rises Again

Listen: 56 Artists Contribute Exclusive Music To Raise Funds For The...