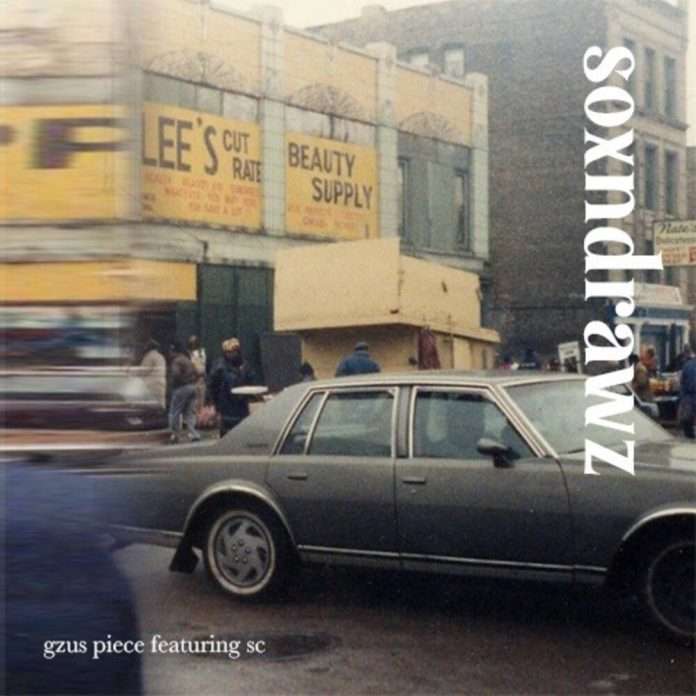 Gerik Raglin, better known as Gzus Piece and hailing from the south side of Chicago, releases his new album on September 24th.

Gzus Piece, who learnt to rap before he could even read, is probably best known for dropping a series of well reviewed mixtapes as half the group White Gzus and also as part of ex rap group Treated Crew.

Gzus’ musical influences are ever changing but touch on the likes of Goodie Mob, Gil Scott Heron, 3 6 Mafia or Wu Tang Clan at any one moment.

In 2013 he released an EP called “fuck y’all the ep”, which features Chance the Rapper on the intro.

Between 2014 and 2019 he released a 4 part mixtape series called “Stackin n Mackin” as half of White Gzus alongside Blanco Caine.

Between 2012 and 2014 he appeared on 2 albums (TreaTed and Treated Tribe) under his ex-group moniker Treated Crew. They performed at the Pitchfork Festival 2015 on DJ Spinn’s set.

His new album “soxndrawz” featuring S.C. is a 33 minute experience – a display on how hip hop music is supposed to sound. Rhymes, Truth, Hard Beats and Vibes.