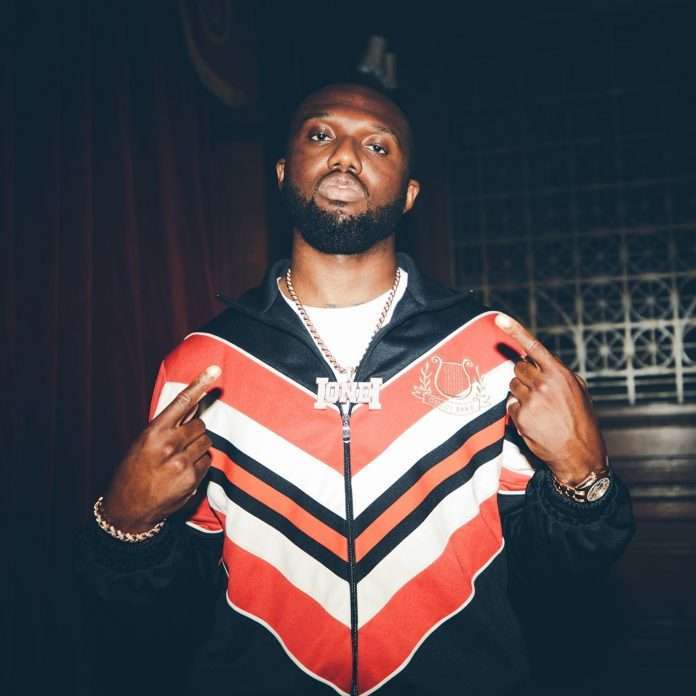 British rap sensation Headie One has released his new single ‘Pound Signs’, a stand-alone track returning Headie to the purity of his Drill roots.  Appeasing the original cult following who propelled him to superstar status.

Produced by Likkle Dots and Es, the searing and fiery track sees Headie reckon with the various ways in which money can at once be an avenue to transcending a disfranchised community, used to advance personal relationships but ultimately how it can be the root of all evil. An excerpt from a vintage interview with reggae icon and Pan-African visionary Bob Marley opens the track elaborating on how financial wealth and mobility does not equate to true riches or personal fulfilment.

The accompanying video directed by DAPS (Migos, Kendrick Lamar, Lil Baby, DaBaby, WizKid) is a vivid and cinematic portrayal of the power and influence money has in everyone’s life; metaphorically and literally. Heavily contrasting with the approaches of realism taken with Headie’s previous visuals, under DAPS direction, Headie flexes and demonstrates some acting chops. Playing the head of a Mafia-heist inspired organisation reminiscent of Quentin Tarrantino’s 1992 classic film ‘Reservoir Dogs’.

‘Pound Signs’ comes after the phenomenal breakout success of ‘Edna’ and ‘Edna (Deluxe)’. Upon its initial release in October, the album debuted at No.1 on the UK Albums Chart making history as the first drill album to achieve such a milestone. All the while scoring multiple hit singles like ‘Only You Freestyle’ featuring Drake, ‘Ain’t It Different’ featuring Stormzy & AJ Tracey and ‘Princess Cuts’ with Young T & Bugsey.

Headie’s momentous and historic run of successes throughout 2020 eventually lead to two prestigious nominations at the BRIT Awards earlier this year in the categories of ‘British Male Solo Artist’ and ‘British Single’. Taking to the stage to also perform at the ceremony donning specialised designs from Virgil Abloh, his performance was among the most praised of the night for its social commentary on the negative and racist stereotyping of Drill music, Marcus Rashford and COVID-19 key workers.

Headie One has cemented himself as one of Britain’s leading rappers and most formidable talents. Widely recognised as ‘The King of Drill’, Headie’s success has seen the grassroots subgenre rise from the underground to become one of the most applauded scenes in contemporary music.