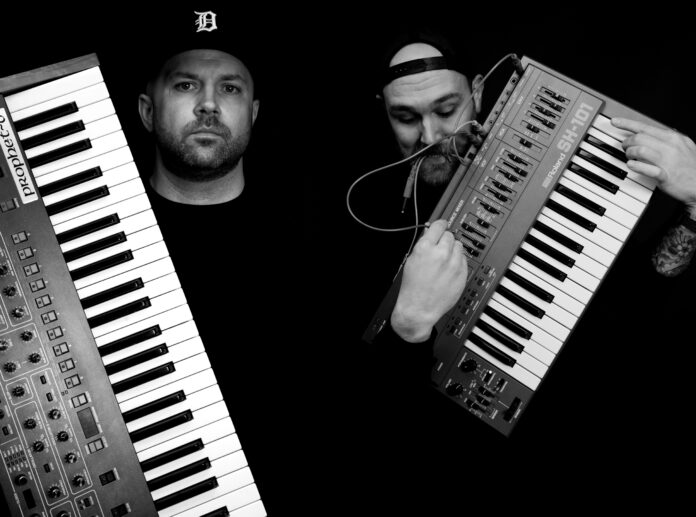 Having torn up raves for well over a decade, the Detroit duo Rickers and Ted Krisko AKA Ataxia present their debut longplayer ‘Out Of Step’. Featuring guest spots from close peers DJ Minx, Andrés and Mr Joshooa, they twist house, techno, electro, breakbeat and rave into revitalized new shapes; embellished with a touch of soul, funk and hip hop.

With backgrounds in hardcore and punk, Ataxia’s debut is suffused with that energy, attitude, and approach; this is raw, lean and unashamedly no-nonsense dance floor tackle that goes straight for the jugular. Heavily analogue, the album experiments with tape saturation, which harks back to the duo’s formative years in bands, recording demos to cassettes.

These straight-up, in-the-red tracks give preference to overdriven drum machines, rather than generic polished sheen, but conversely, it’s all deceptively well-crafted too; ‘Out Of Step’ is a standout record that’s big in character, bringing to mind the renegade spirit of Underground Resistance, and the bombastic brilliance of The Prodigy and Chemical Brothers.

Defiantly optimistic despite the state of the world, a “life is good” vocal sample meets minor chords sliding over 808 hats on the exemplary house/techno pumper ‘Detroit Gospel’, before a lighter moment on the album, but no less impactful with its hefty low-end thump, is ‘Pine Island’ featuring Motor City hero Andrés. Together they cook up a Motown-inspired house cut awash with horn swells and backup singers, bouncing to wide swung funk bass, in classic 313 style.

‘Language’ turns the club on its head

– busting out one of the most distinct basslines in recent times, and bristling with buzzy, undulating chords, whilst ‘Maxia’ features influential Detroit royalty DJ Minx. Inspired by her classic ‘A Walk In The Park’, with a fat distorted kick and stealthy bass groove, this is low-slung, stripped-back, heads-down coolness.

The high-tech funk of ‘Spit In Your Percolator’, is laser-guided in its efficiency, with a strobe-like, increasingly intensifying energy, peppered with clever, tripped up vocal chops. With the next cut, conveyor belt noises and fast churning low-end gives way to a dubbed-out breakdown, on the deep breakbeat roller ‘98 Degrees’.

Charged with a blistering, rave intensity, ‘Number Streets’, is a futuristic distorted techno workout that booms through the subs, whilst ‘The Formulator’ mixes filtered snippets, abstract synth noises and melodic bleeps with a bassline echoing Paperclip People’s ‘The Floor’.

Closer to the UK definition of hardcore, combining 4/4 and breakbeat,

‘Feels Like’ sees Rickers and Ted team up their studiomate and fellow TV Lounge resident and club booker, Mister Joshooa. Inspired by Photek but also almost UKG in style, this breakbeat session is stamped with MJ’s signature chopped vocals and intricate rhythmic interplay. 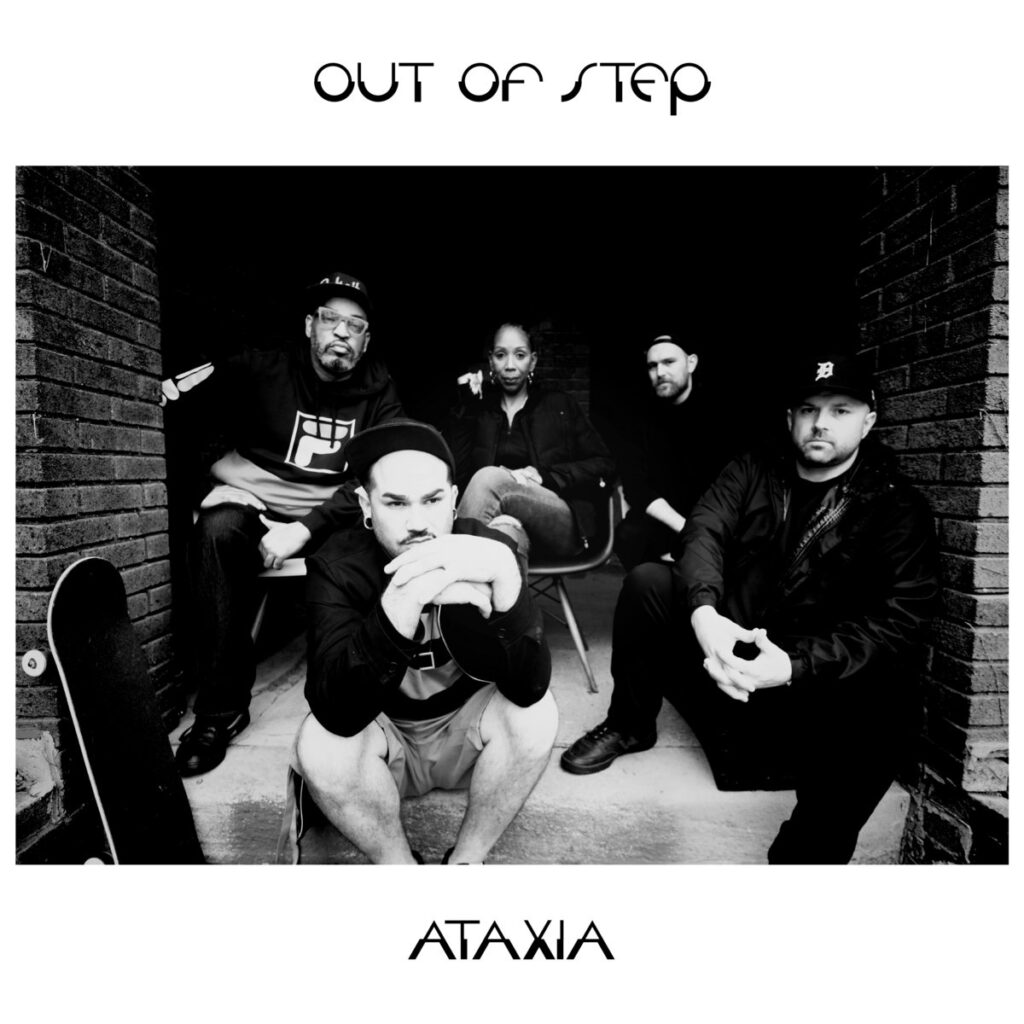 The bubbling, wobbly loose swing of ‘WM’ is constructed around a classic chopped-up MTV cribs sample, with a filtered vocal creating a far out psychedelic effect – all of which is propelled apace by a huge bruising LFO.

The LP concludes in fine style with ‘Dance The Bridge’, where bouncy beats and wigged-out keys meet bright, gently uplifting synth chords that bring a clear-skied mood; ending the record as it began, on an optimistic note.

‘Out Of Step’ marks another chapter in the ongoing relationship between Life and Death co-founder DJ Tennis and Ataxia.

Their connection goes back to the earliest days of the label, where they played gigs together on some of Tennis’ initial visits to Detroit. It’s a friendship that’s blossomed organically over the last decade through their shared love of punk and hardcore, and led to the fruition of one of Ataxia’s most compelling projects to date.